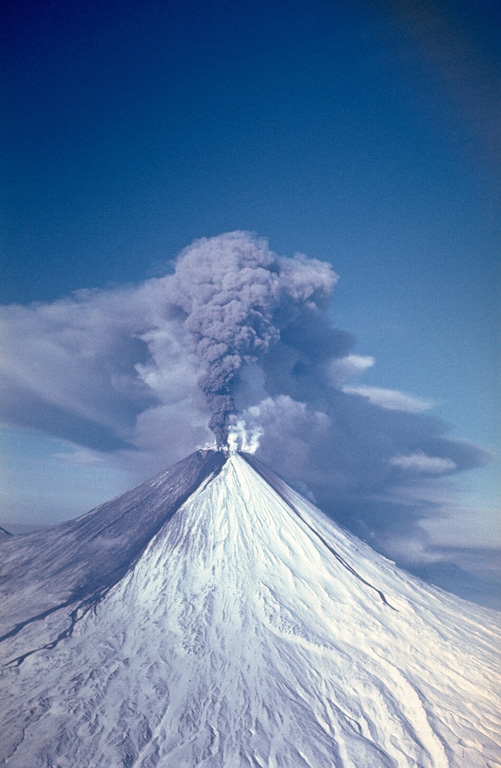 An ash plume erupting from the summit crater of Kamchatka's Kliuchevskoy volcano on 9 February 1987, traveling to the west. Ashfall from earlier eruptions darkens the southern flank of the volcano and several lahar deposits are visible. Explosive eruptions from the summit crater during 1986-1990 were accompanied by lava flows from both summit and flank vents.