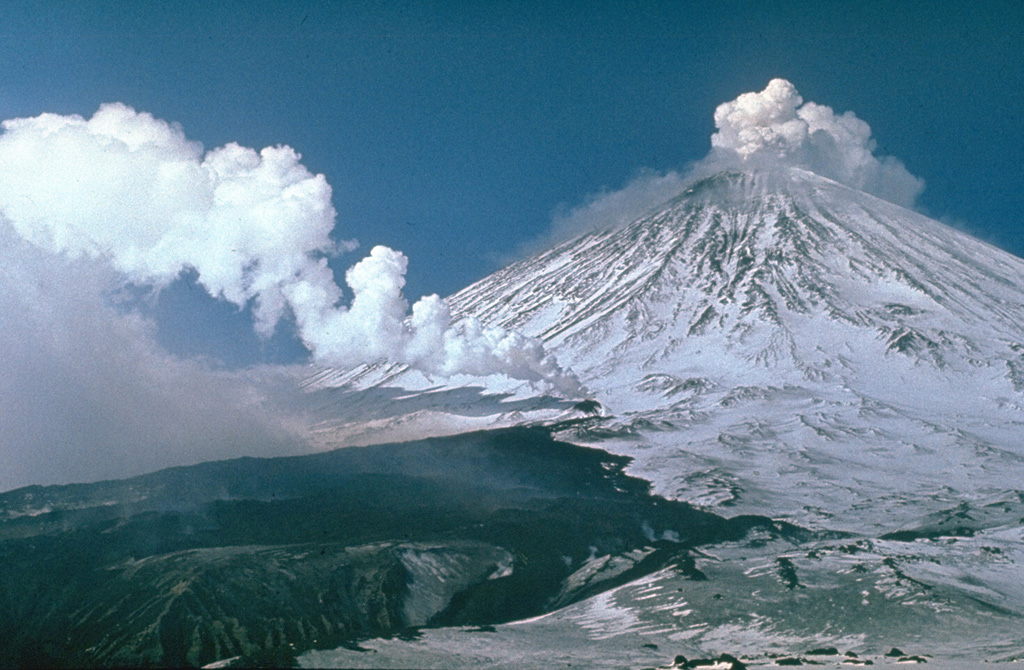 Gas-and-steam plume emissions occurred simultaneously from vents on the SW flank and the summit of Klyuchevskoy volcano in 1983. The SW-flank vent within a 200-m-long fissure produced the dark lava flow that melted the glacier surface, providing a channel for the lava flow and producing lahars that traveled 15 km. The flank eruption began on 8 March and was initially was restricted to a glacier gorge, but then bifurcated, forming a small lava field. Intermittent summit crater explosive activity had been occurring since October 1982.