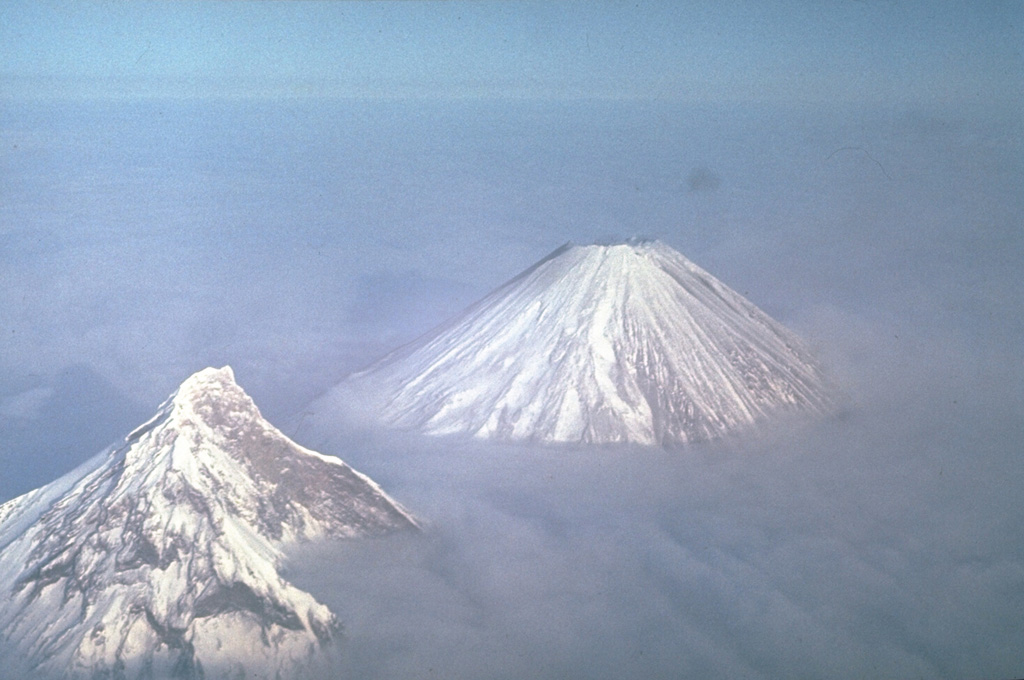 Two of Kamchatka's highest volcanoes rise above the clouds. Their differing morphologies reflect contrasting geologic histories. Construction of extensively eroded Kamen volcano (left) took place during the Pleistocene. It has been relatively inactive since. Its eastern (right) side was removed by a massive landslide about 1,200 years ago, leaving the steep escarpment. Symmetrical Klyuchevskoy, in contrast, is one of Kamchatka's youngest and most active volcanoes.