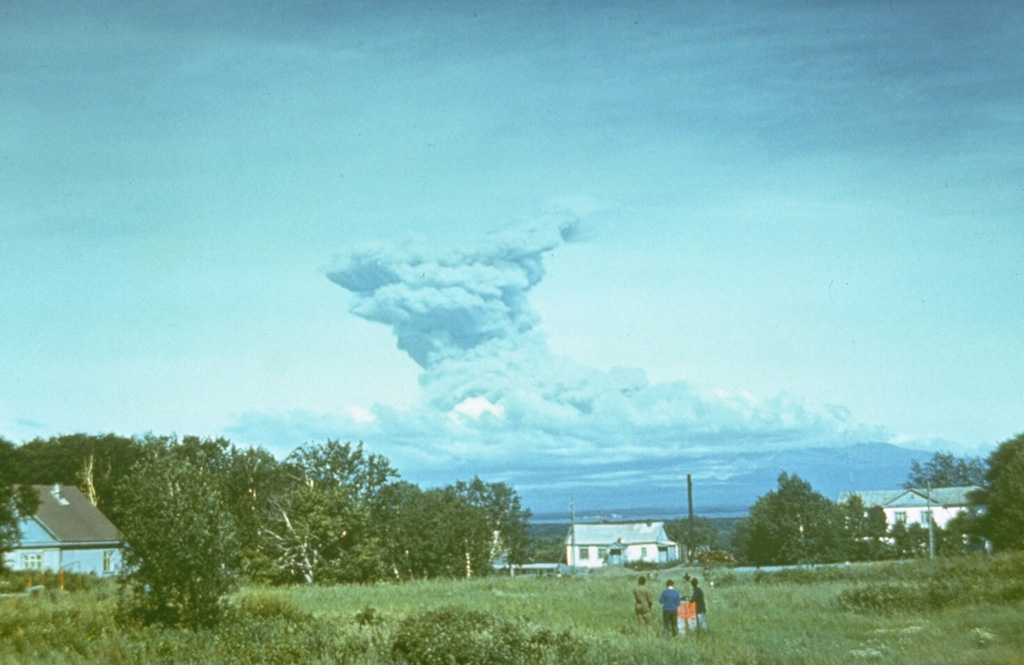 An ash plume at Sheveluch volcano is observed in 1984 from the town of Klyuchi, 50 km to the SW. The eruption originated from a lava dome that began growing in 1980 within a crater that formed during flank collapse in 1964. No change in the geometry of the lava dome was noticed from 1983 until the onset of the 1984 eruption.