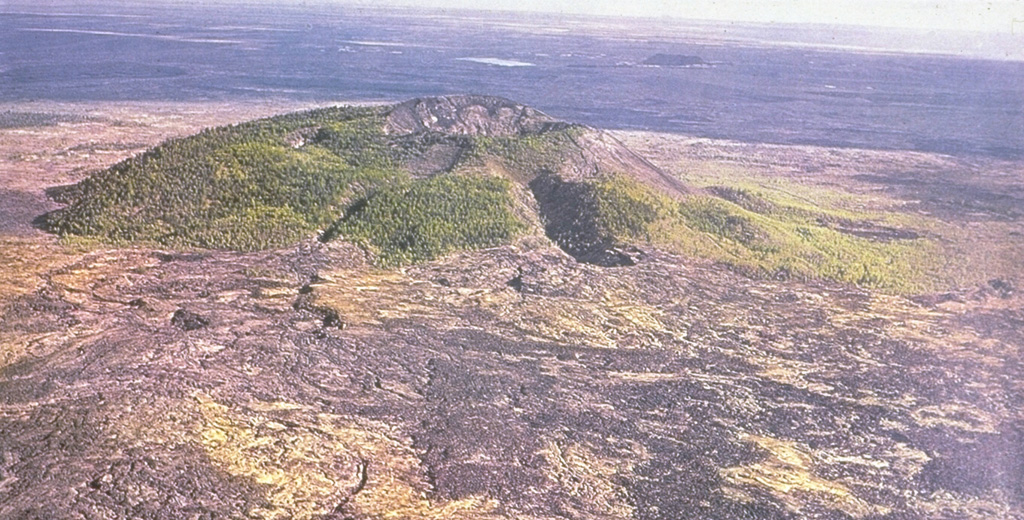 Recent lava flows surround the Laoheishan scoria cone, one of which formed during 1719-21. Four radial fissures, two of which are seen in this view from the north, were the source of most of the 1719-21 Shilong lava flows, which cover a 65 km2 area surrounding Laoheishan and the Huoshaoshan scoria cone to the NE. The dominantly pahoehoe lava flows, many of which were tube-fed, blocked local drainages and formed several small lakes at the eastern and northern margins of the lava field. 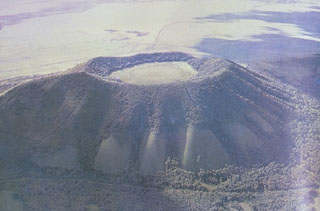