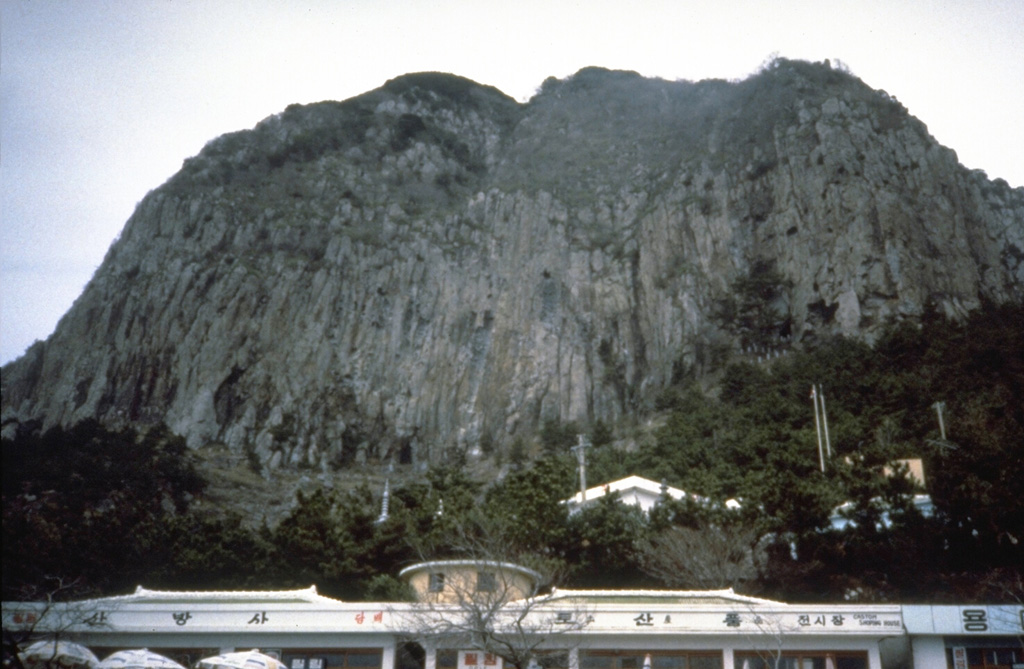 Prominent columnar jointing is visible on the steep sides of a trachytic lava dome on the southern coast of Cheju Island. A cluster of trachytic lava domes were erupted near the end of the second stage of activity of Halla, during which the shield volcano was formed in the center of the island. 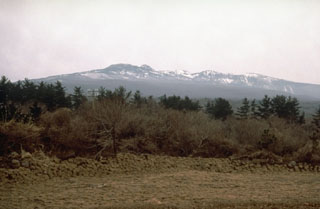