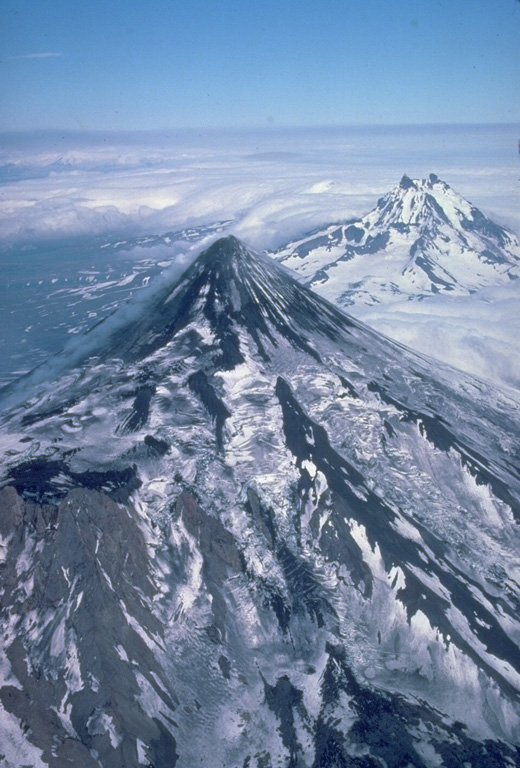 Despite its extensive glacial cover, Shishaldin volcano maintains its symmetrical profile because of frequent eruptions. Aa lava flows, erupted from summit and satellitic vents, spread over the NW flank, the location of more than 2 dozen pyroclastic cones. The dominantly basaltic volcano is the highest peak in the Aleutian Islands. The rugged, dissected Isanotski volcano rises to the east behind Shishaldin. 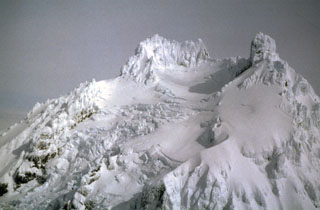