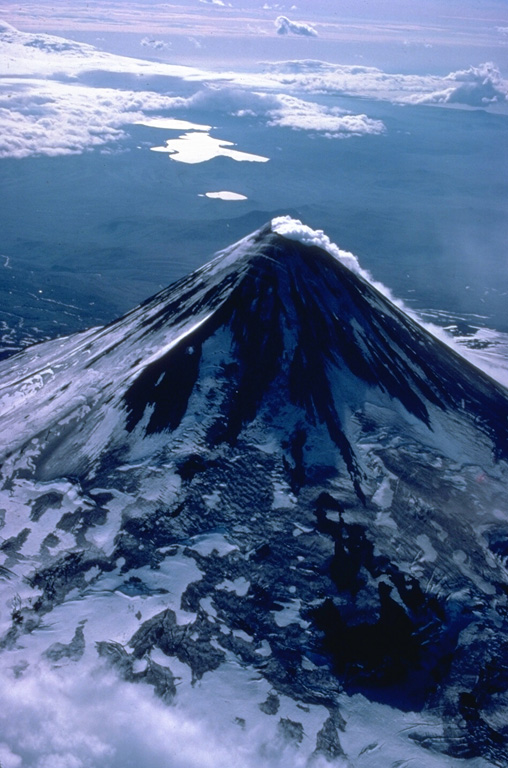 An almost constant steam plumes pours down the north flank of Shishaldin volcano, the highest in the Aleutian Islands. The symmetrical volcano is the most prominent landmark on Unimak Island and is referred to by the Aleut Indians as Sisquk, meaning "mountain which points the way when I am lost." A large monogenetic cinder cone field is found on the NW flank of the basaltic volcano. The two large lakes in the distance are within Fisher caldera, a low-lying volcanic structure to the SW. 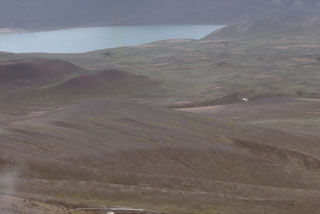