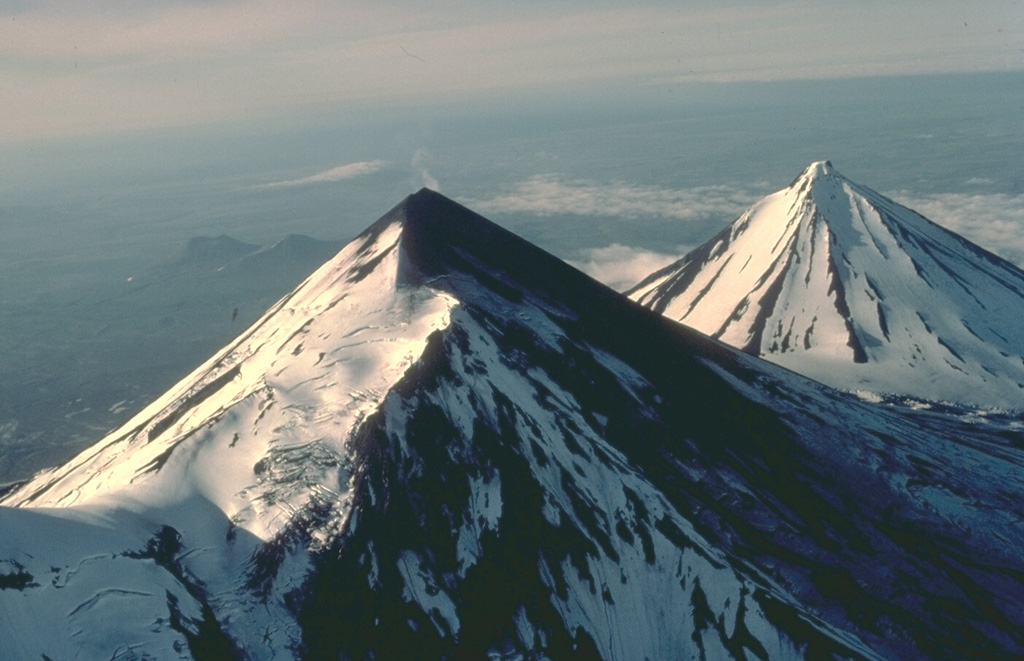 The twin volcanoes of Pavlof (left) and Pavlof Sister (right) are prominent landmarks on the southern Alaska Peninsula. The summits of the two conical stratovolcanoes are only 5 km apart. This 1978 view from the SW shows a steam plume rising from the 2519-m summit of Pavlof, the most active volcano of the Aleutian arc. Pavlof Sister, somewhat more eroded than Pavlof, has had only a single historical eruption, in the 18th century.