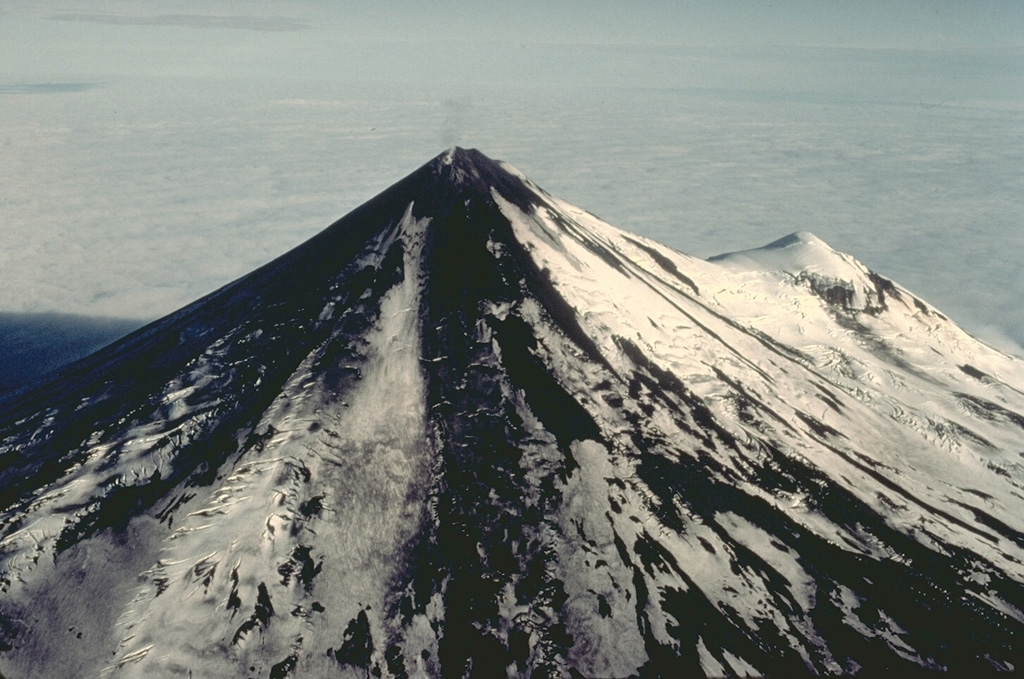 Pavlof volcano is the most active of the Aleutian arc and one of the most prominent landmarks of the southern Alaska Peninsula. A small steam plume rises from the 2519-m summit of Pavlof in this aerial view from the NW with the flank cone of Little Pavlof on the right. The conical volcano was constructed NE of the rim of Emmons Lake caldera and has active vents high on the north and east sides near the summit. Its frequent eruptions are typically strombolian and vulcanian in character, with occasional spatter-fed lava flows.