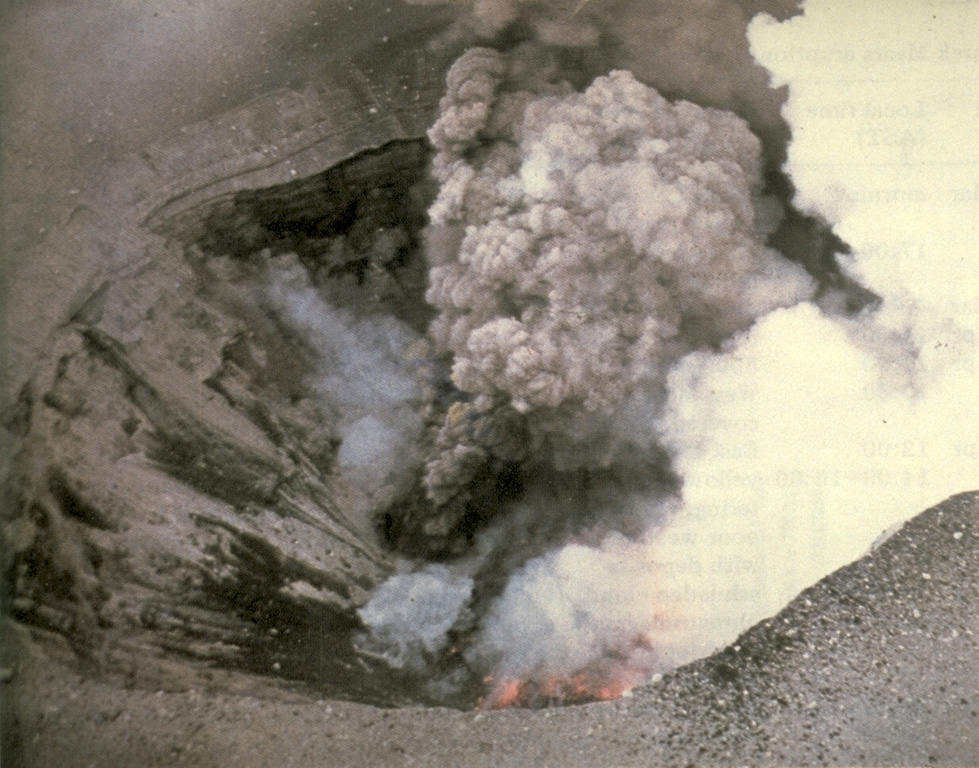 An aerial view into East Maar on 3 April 1977 shows incandescent lava on the floor of the crater and a small vent above it that is producing an ash plume. The 1977 eruptions of Ukinrek Maars began on 30 March at West Maar, which formed during the first three days of the eruption. East Maar formed during the next seven days at a location 600 m E. A lava dome, now covered by a crater lake, formed on the floor of East Maar.

Photo by Ken Parker, 1977 (Alaska Department of Fish and Game).