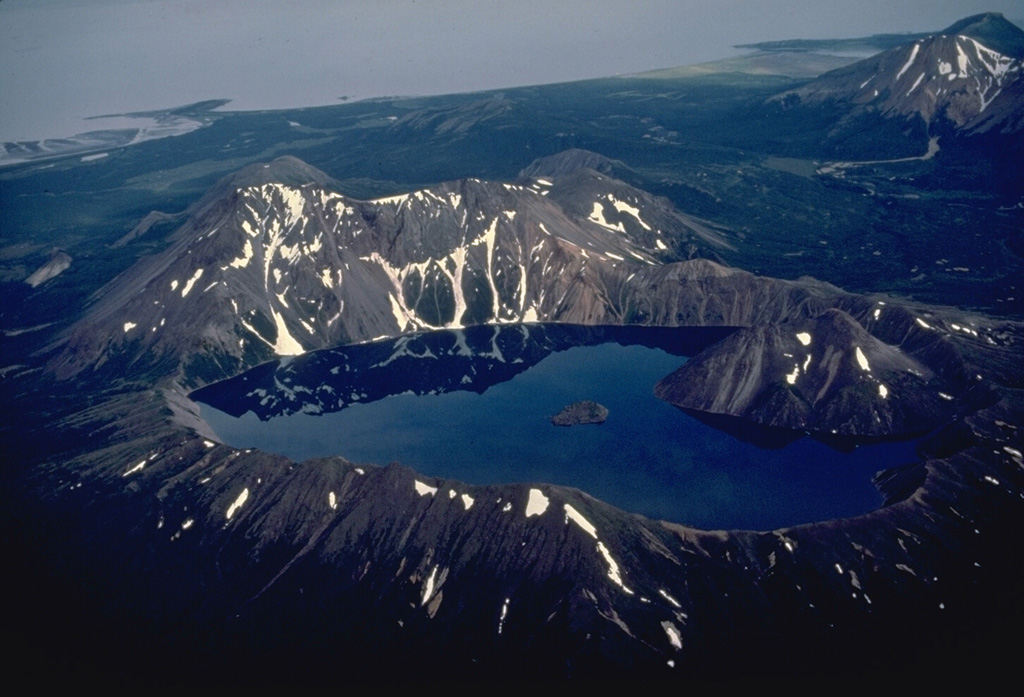 The small, but dramatic Kaguyak caldera on the northern Alaska Peninsula contains a lake more than 180-m deep whose surface is 550-m below the caldera rim. Two post-caldera lava domes form the large peak that rises above the rim of the 2.5-km-wide caldera at the right. The small island in the center of the lake is another lava dome. Collapse of the caldera occurred following powerful dacitic explosive eruptions about 5800 years ago. Shelikof Strait is visible at the top of the photo. 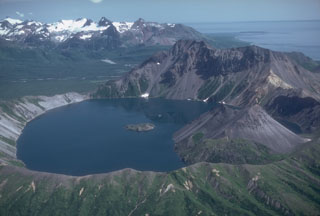