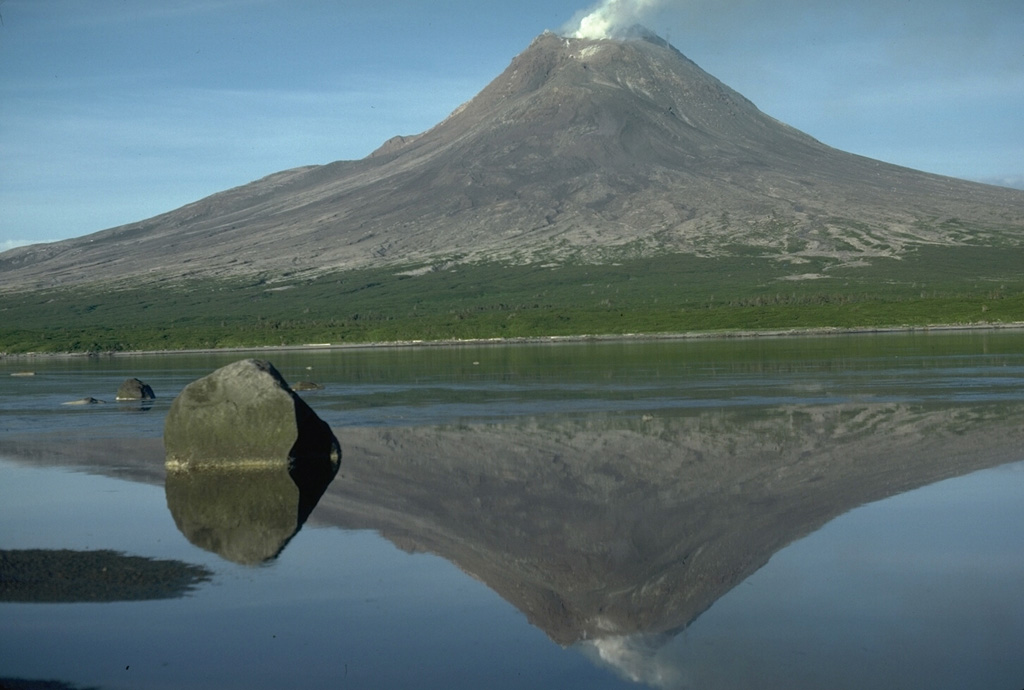 Augustine in Kamishak Bay in the southern Cook Inlet is the most active volcano of the eastern Aleutian arc. It consists of a complex of overlapping summit lava domes surrounded by an apron of volcaniclastic deposits that descend to the sea on all sides. This 1986 view from the NW shows Augustine reflected in a shallow lagoon separating the small west island from the main island. Twentieth-century eruptions have included explosive activity with pyroclastic flows and lava dome growth.