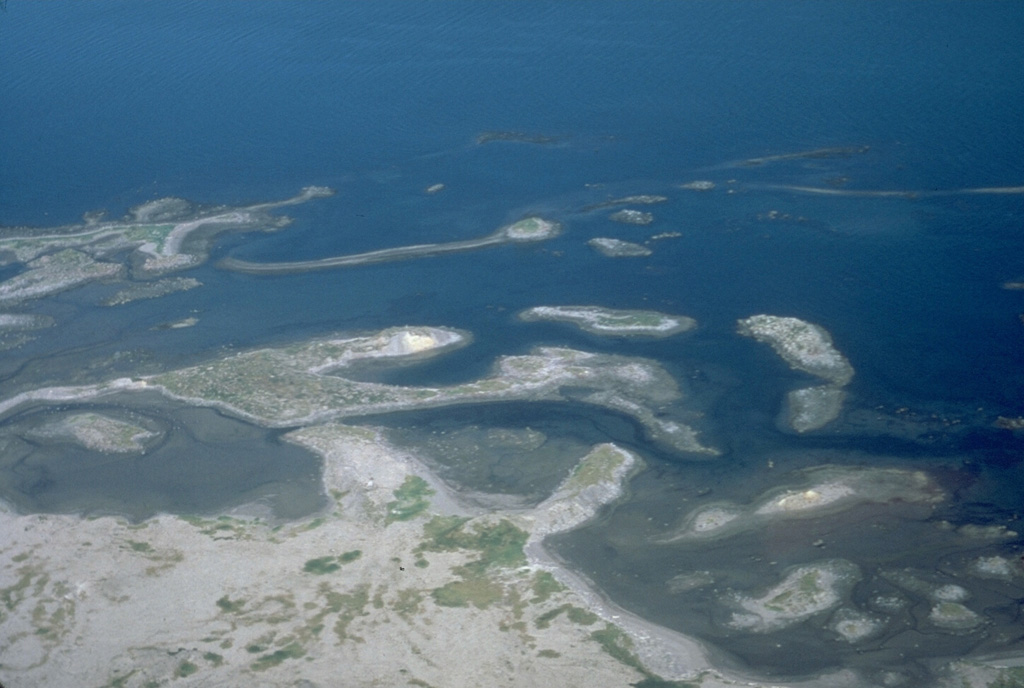 These islands and peninsulas on the north coast of Augustine formed in 1883 when collapse of the summit produced a large debris avalanche. The highly mobile avalanche traveled half of its 8-km runout beyond the pre-1883 shoreline and extended the shoreline of the island up to 2 km. Pyroclastic flows from that eruption also reached the new coastline and formed the light-colored deposits to the lower left.