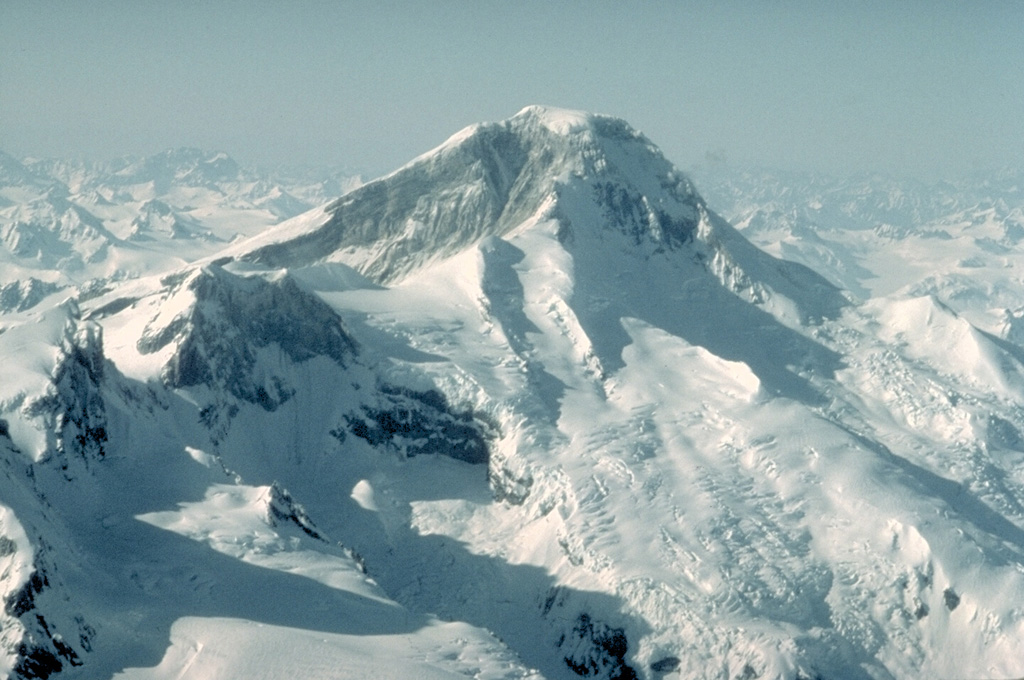 Iliamna volcano, seen here from the SE, is an ice-clad stratovolcano that has been extensively eroded by glaciers. Four peaks occur along a 5-km-long, N-S-trending summit ridge, ending with North Twin and South Twin peaks at the left center. No major Holocene tephras have been identified from Iliamna. Many reports of historical eruptions have mistaken powerful episodes of steam emission from fumaroles high on the south and east flanks.