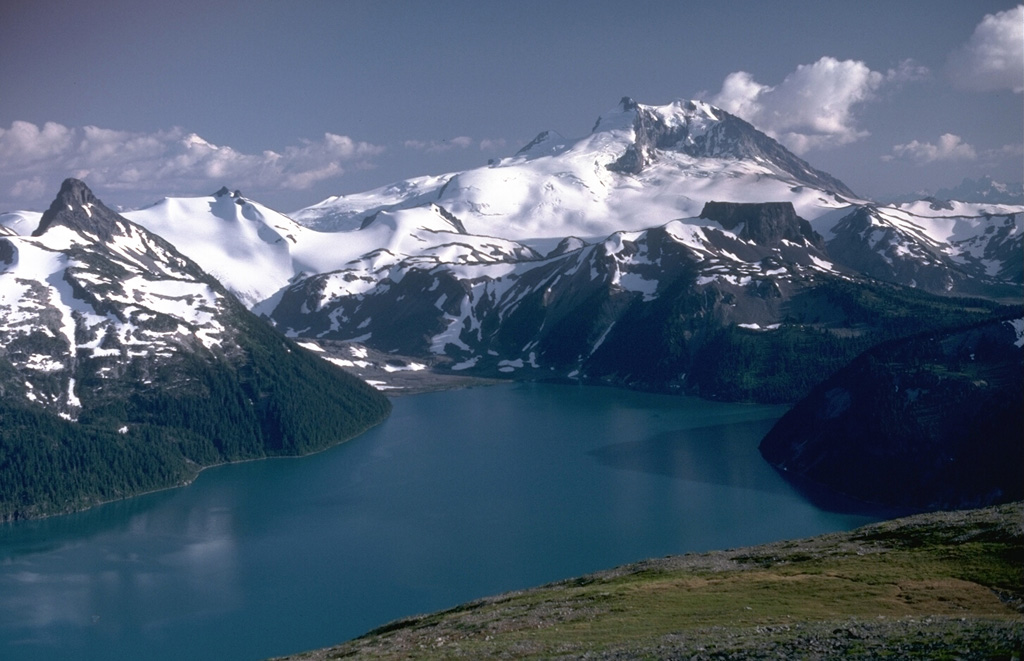 Mount Garibaldi, rising above Garibaldi Lake to the north, is a largely Pleistocene stratovolcano with a summit lava dome complex. The volcano was partially constructed over the Cordilleran ice sheet and contains many ice-contact features. Its final eruptions during the early Holocene included lava flows that mantled the western landside scarp and a massive lava flow from Opal Cone, a SE flank vent, that traveled 20 km to the south and west. 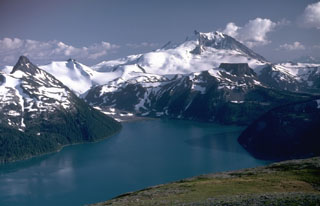