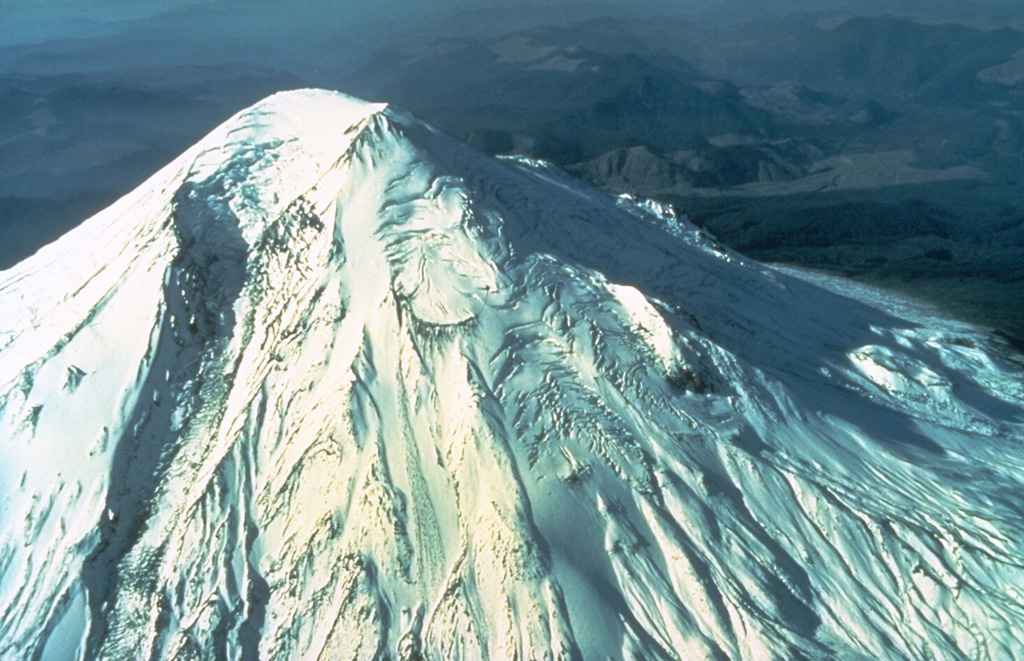 Prior to 1980 Mount St. Helens was a more symmetrical cone that was known as the Fuji of America. Much of the visible edifice formed during eruptions over the past 2,200 years. It is the most frequently active of the Cascade volcanoes and has repeatedly produced large eruptions that deposited ash and pumice over long distances. Pacific Northwest tribes and early settlers observed frequent eruptions during the first half of the 19th century.