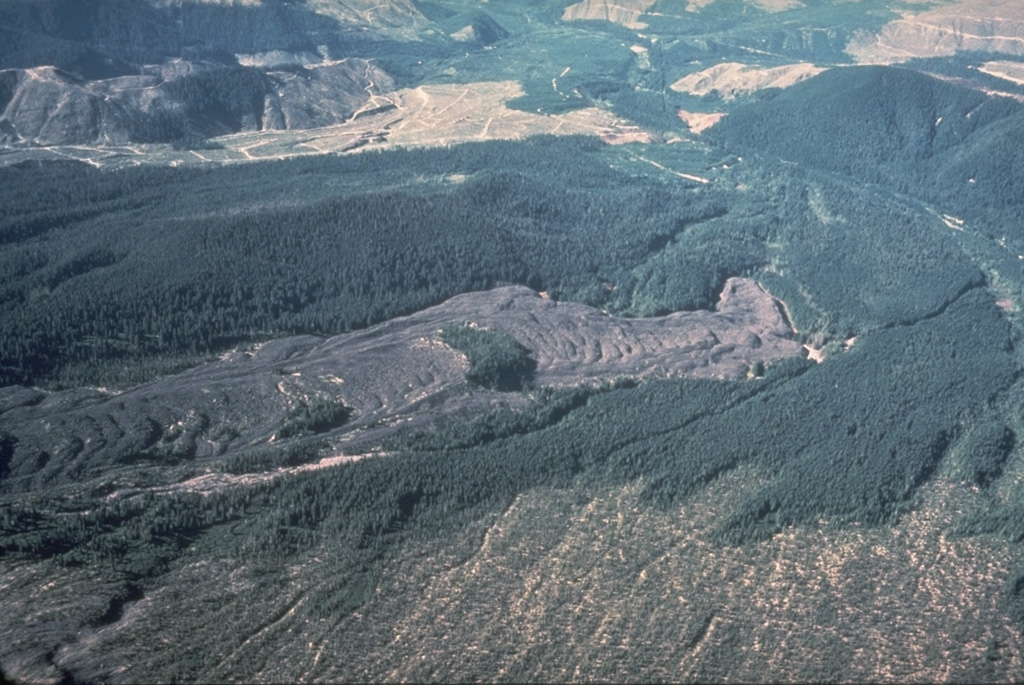 The Floating Island lava flow on the NNW flank of Mount St. Helens, named for an island of trees on the flow, has been dated to 1801 CE using tree-rings. This lava erupted shortly after the major explosive eruption of tephra layer "T" from a vent near the former Goat Rocks lava dome on the N flank. The Floating Island lava flow is now buried beneath the debris avalanche deposit from the 1980 eruption.