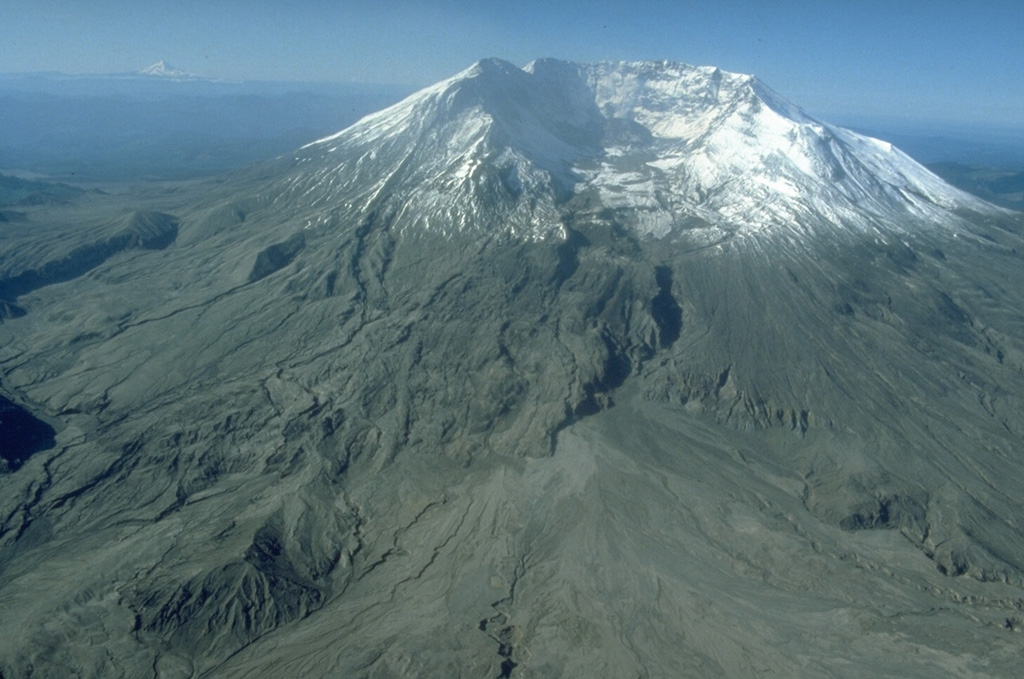 The 2 x 3.5 km horseshoe-shaped crater at Mount St. Helens is typical of scarps formed by massive landslides. On 18 May 1980 the upper 400 m of the summit was removed, leaving the crater open to the N. This event was the world's largest landslide during historical time. The missing portion of the volcano transitioned into the debris avalanche deposits filling the North Fork Toutle River below the volcano.