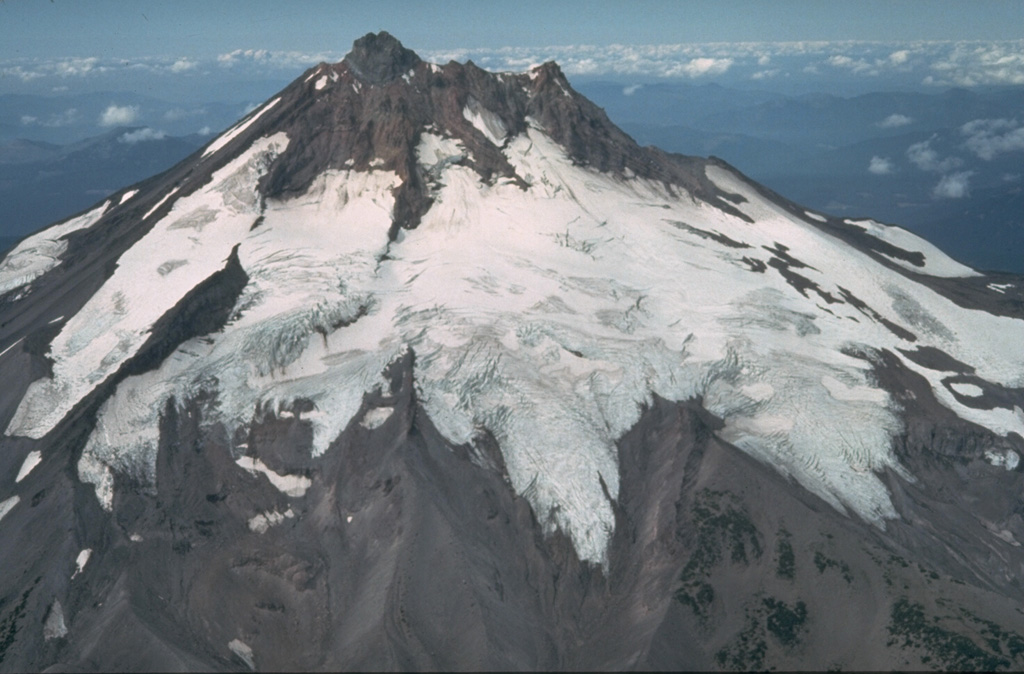 Volcanic activity at glacially eroded Mount Jefferson, Oregon's second highest peak, ended during the Pleistocene. However, scoria cones south of the volcano have been active as recently as about 1,000 years ago. The extensive Whitewater Glacier in the foreground has eroded deeply into the volcano across the E flank.