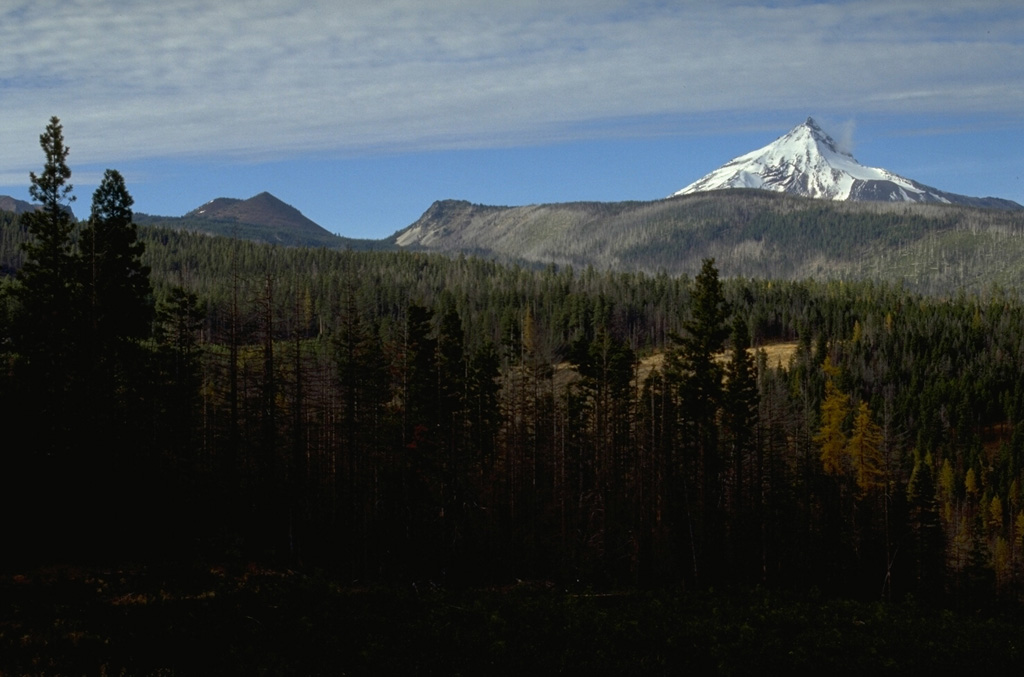 Forked Butte, the scoria cone on the left skyline south of snow-capped Mount Jefferson, formed about 6,500 years ago. It produced lava that flowed from the notch to the right of Forked Butte down valleys on both sides of Sugar Pine Ridge that forms the right skyline. The southern lobe traveled 8 km to the west down Cabot Creek below Sugar Pine Ridge.