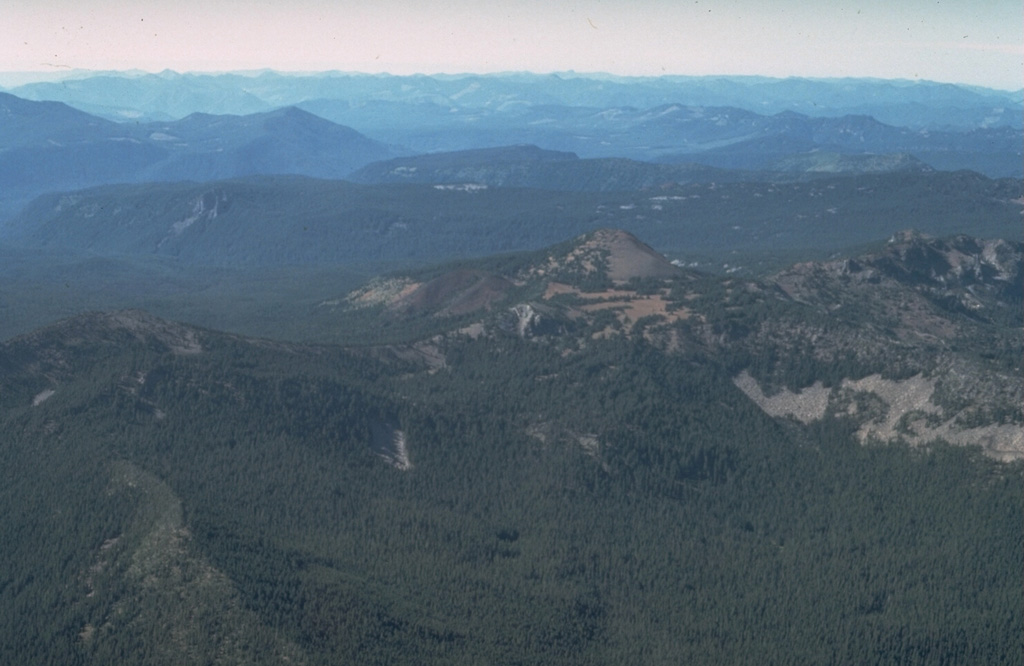 South Cinder Peak, the unvegetated scoria cone near the center of the photo, is the youngest volcanic feature in the Mount Jefferson area. A smaller cinder cone seen at the left on its south flank in this view from the SE, formed about 1,000 years ago and produced a lava flow that traveled to the west.