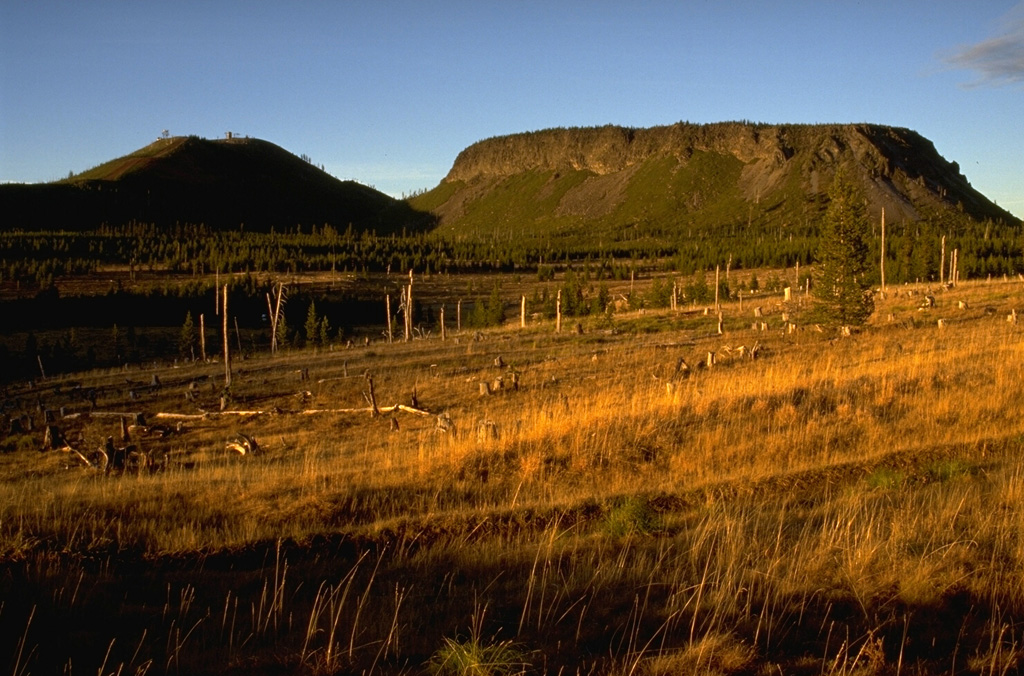 The contrasting morphology of rounded Hayrick Butte on the left and flat-topped Hoodoo Butte on the right, north of Mount Washington in the central Oregon Cascades, reflects dramatic differences in their origin. Hoodoo Butte is a "tuya," a volcanic cone formed by eruptions that ponded in a cavity melted through a glacial ice sheet. Hayrick Butte formed slightly later, when the Pleistocene ice sheet had melted, and formed the classic rounded profile of a scoria cone. 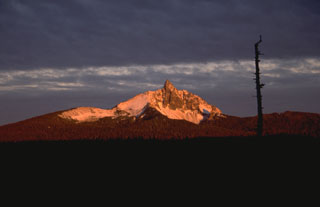