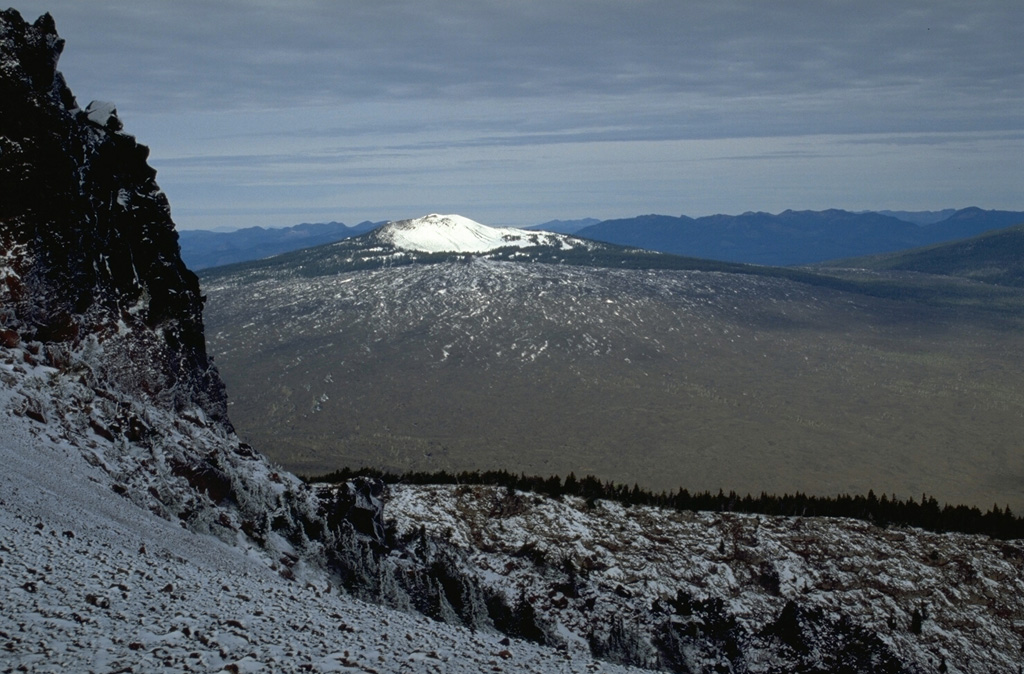 The McKenzie Pass area in the central Oregon Cascades contains one of the largest concentrations of recent volcanism in the United States. Belknap shield volcano, seen here from Black Crater to the SE, is capped by a smaller snow-covered cone. Lava flows from Belknap and the smaller Little Belknap shield volcano in front of it cover nearly 100 km2. Most of the largely unvegetated flows were erupted between about 2,900 and 1,500 years ago. 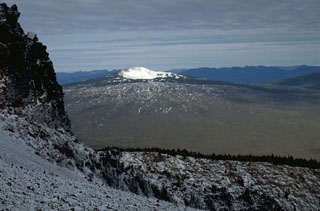