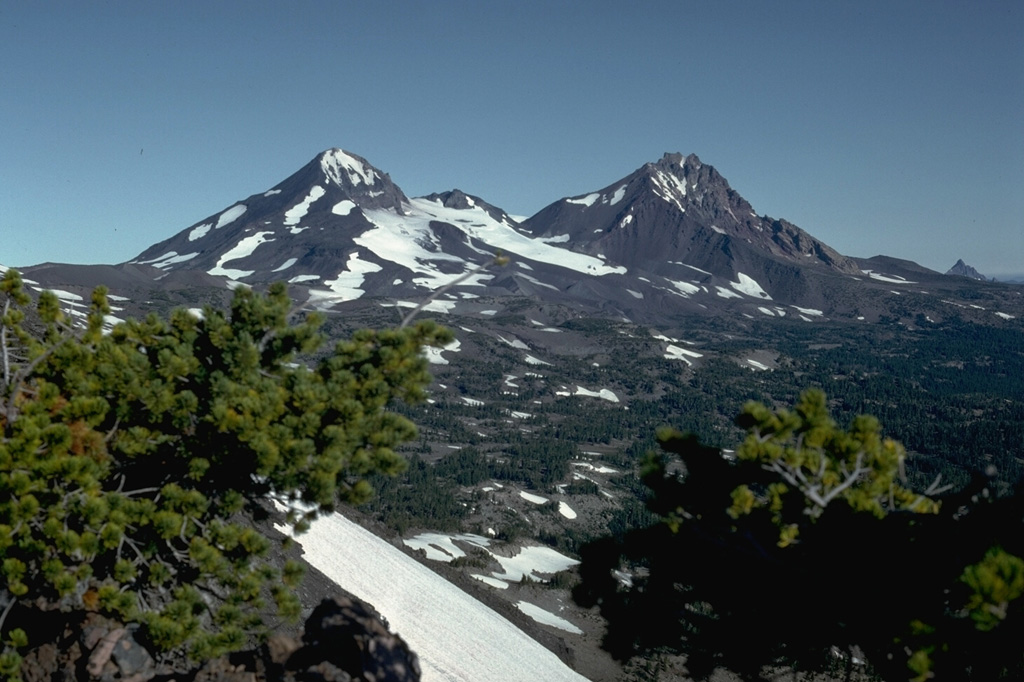 North Sister volcano to the right and Middle Sister to the left, seen from Broken Top volcano to the south, are the two northernmost volcanoes in the Three Sisters volcano group in the central Oregon Cascades. Glaciers have deeply eroded the Pleistocene North Sister volcano, but young Holocene lava flows from scoria cones on the north flank have erupted in the past few thousand years.