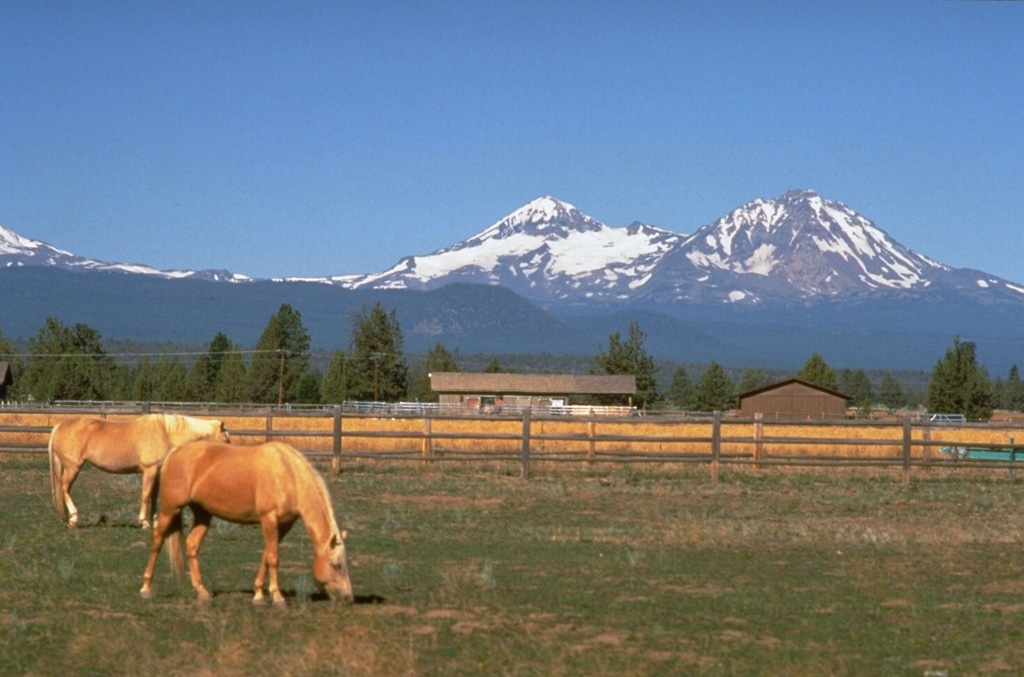 North Sister volcano on the right and Middle Sister to its left rise above ranch lands of eastern Oregon. These large volcanoes have not been active since the Pleistocene, but scoria cones on the north flank of North Sister have produced some of the youngest lava flows in the Cascade Range.