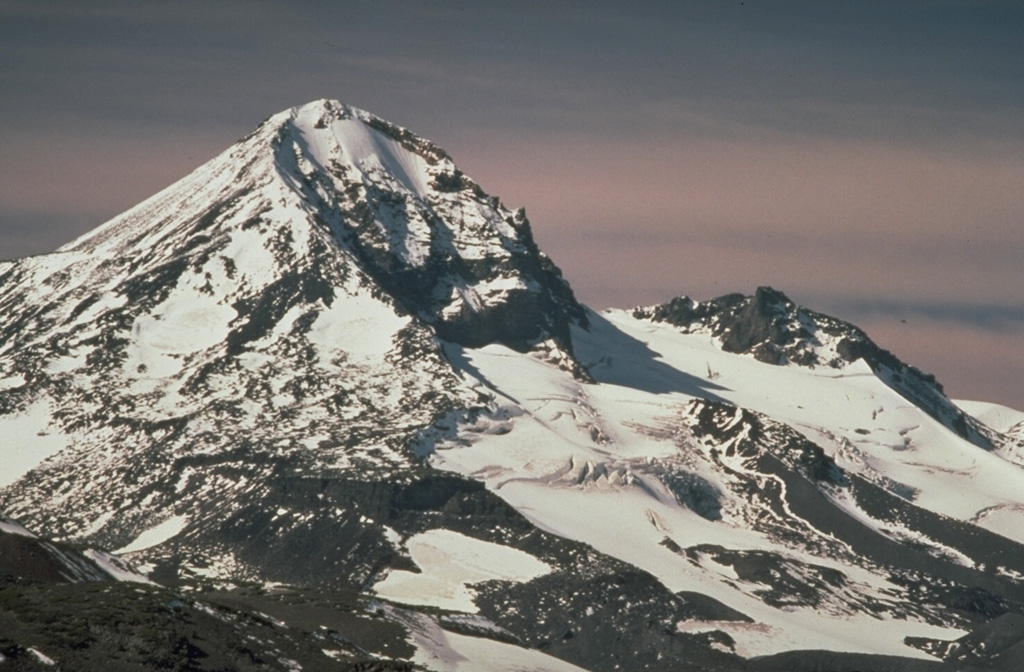 Middle Sister volcano, viewed from the west flank of Broken Top to the SE, has a smoother profile than North Sister volcano to the right but also shows evidence of glacial erosion on its eastern flank, exposing part of the dacitic lava dome that formed its central plug.