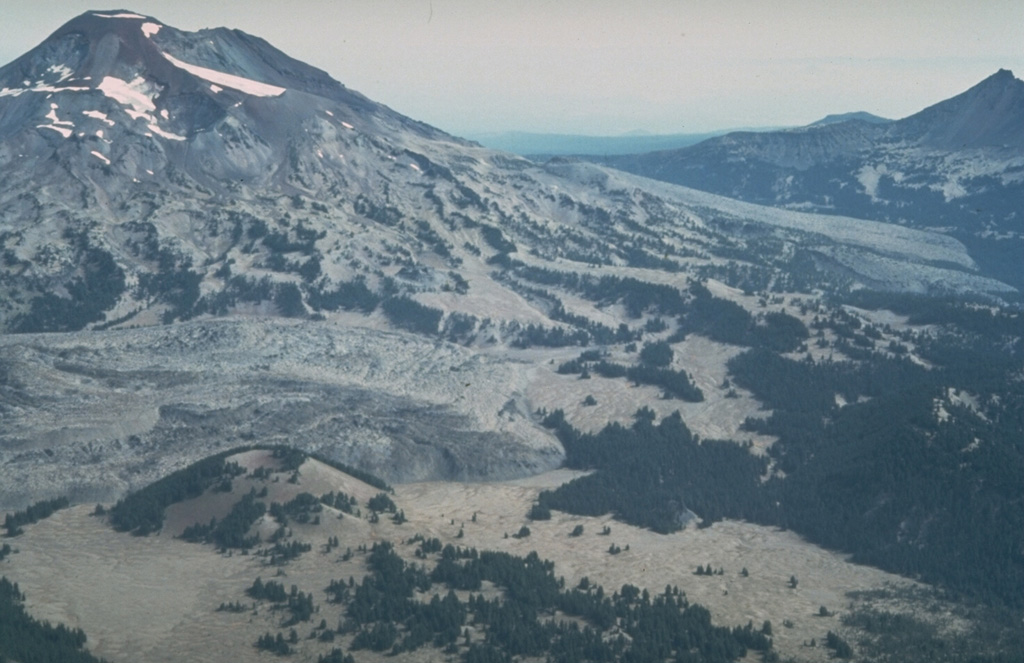 An aerial view from the SW with Le Conte crater in the left foreground shows lava flows from two major Holocene flank eruptions of South Sister volcano. The Rock Mesa flow, immediately behind Le Conte crater and the Newberry lava flow on the South Sister lower SE flank, were erupted between about 2,300 and 2,000 years ago. They were also accompanied by explosive eruptions.