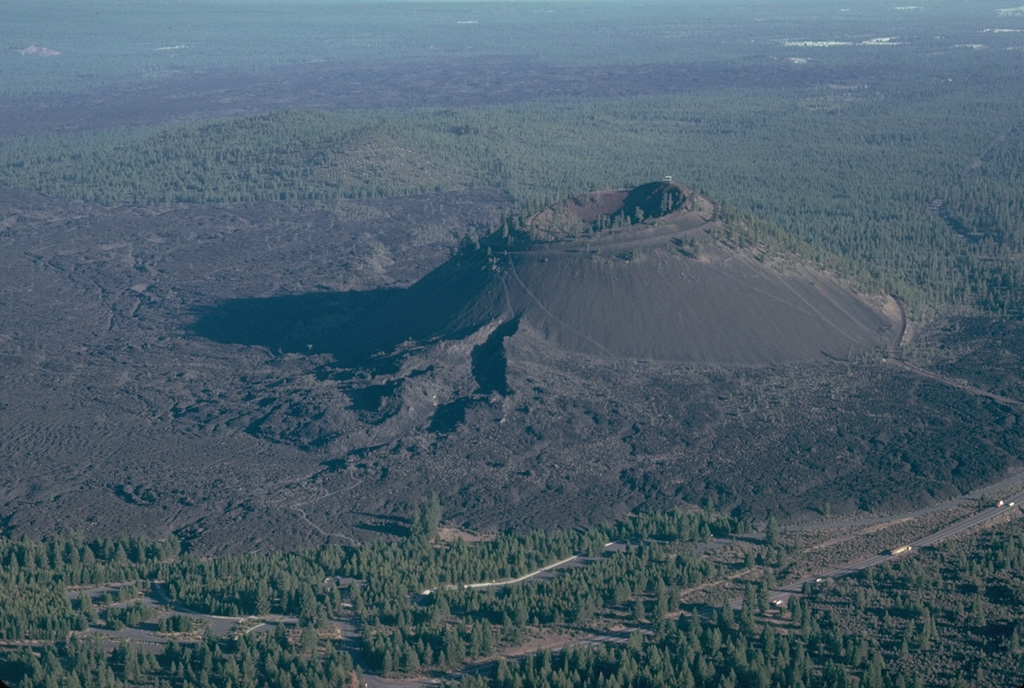 Lava Butte is a scoria cone on the NW flank of Newberry volcano at the end of fissure system that extended from the caldera rim about 7,000 years ago. Following construction of the cone, the SW flank fissure at the base of the cone (in the foreground) fed a voluminous lava flow that traveled to the north and changed the course of the Deschutes River.