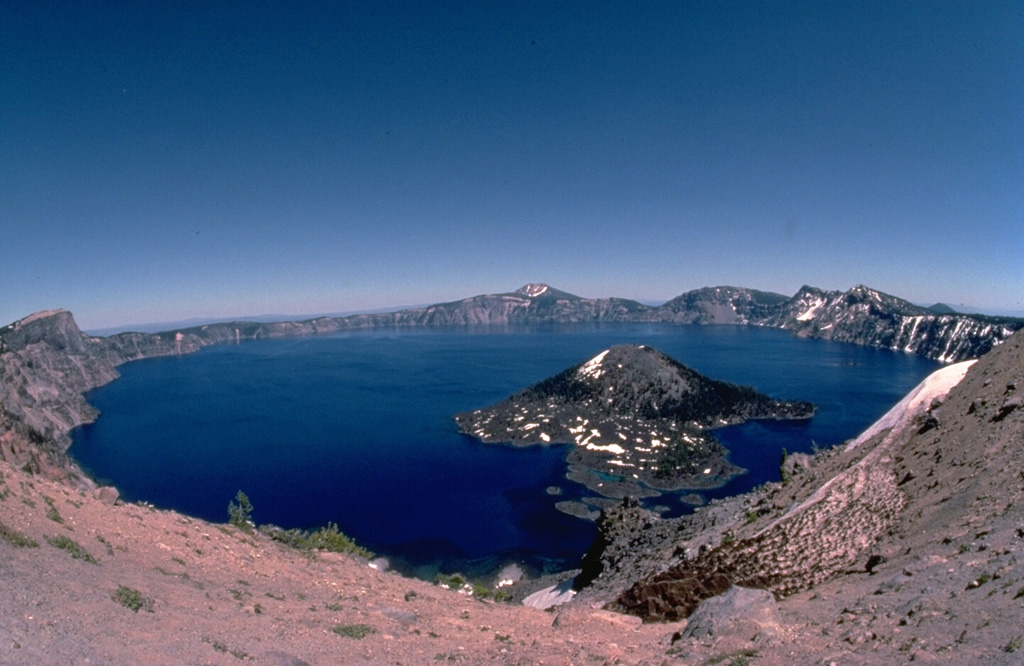 The spectacular 8 x 10 km wide Crater Lake caldera was formed about 6850 years ago when Mount Mazama, a complex of overlapping shield volcanoes and stratovolcanoes, collapsed following a major explosive eruption. The eruption blanketed a huge area with ash falls and produced pyroclastic flows that swept all sides of the volcano. This wide-angle view is from the west caldera rim with the post-caldera cone of Wizard Island in the foreground.