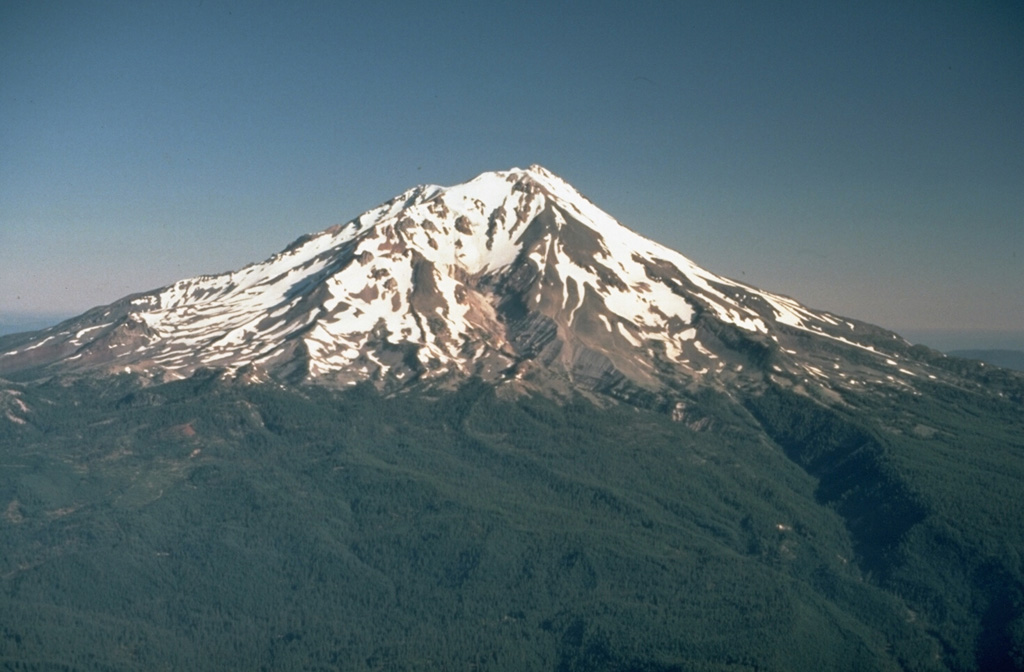 Mount Shasta in northern California, seen here from the SE, is the largest of the Cascade stratovolcanoes and is constructed of at least four overlapping volcanoes. Hotlum cone, which marks the summit, and the flank Shastina and Black Buttes lava domes were formed during the Holocene. Mount Shasta has been frequently active throughout the Holocene. The only historical eruption of Shasta was observed from off the coast of California by the French explorer La Perouse in 1786.