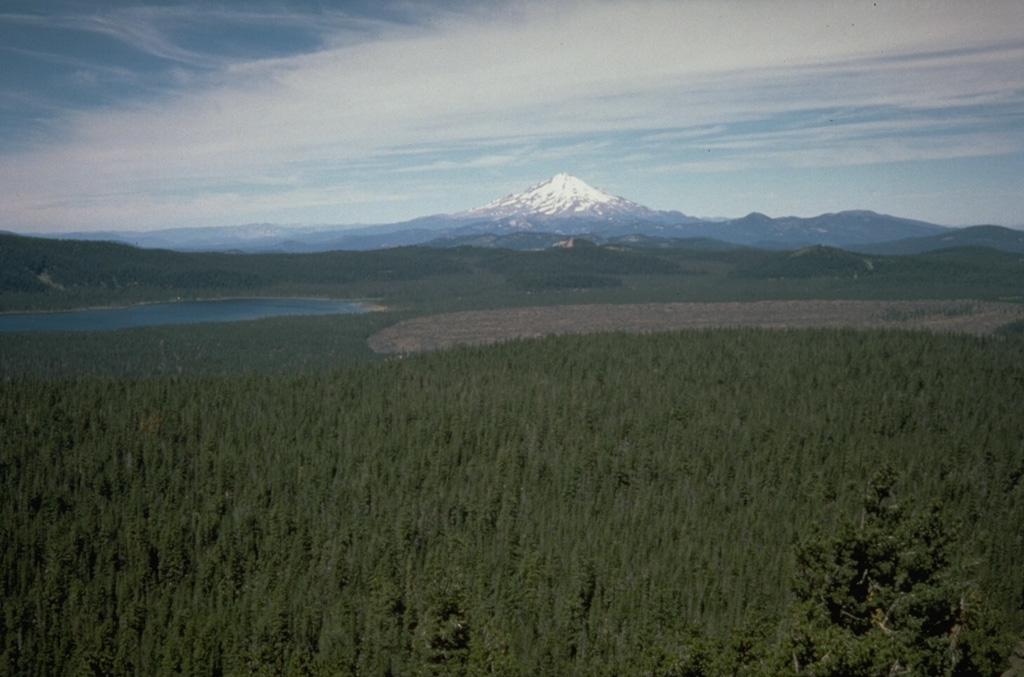 Medicine Lake volcano, seen here from the east with Mount Shasta in the background, is a massive, low shield volcano truncated by a 7 x 12 km summit caldera that is partially filled by Medicine Lake on the left. The barren Medicine dacite flow on the right was erupted about 2000 years ago. During the Holocene, obsidian flows have been erupted from summit and flank vents and voluminous basaltic lava flows have erupted from vents on the north and south flanks.