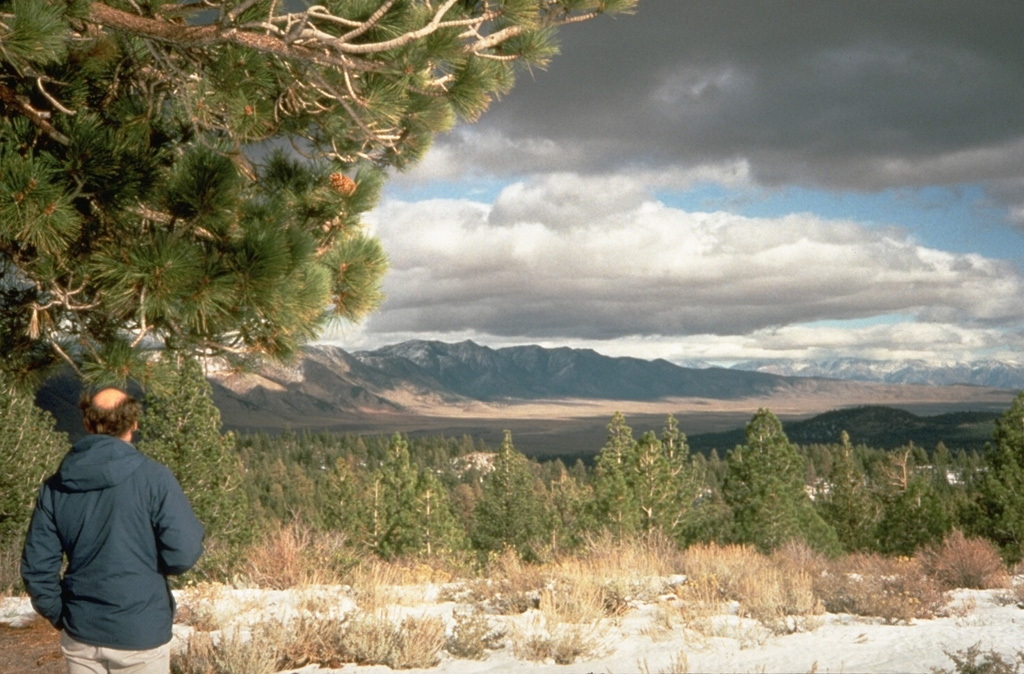 The NE caldera wall of the 17 x 32 km Long Valley caldera, seen from Lookout Mountain on the west, forms a curved ridge that rises more than 1 km above the caldera floor. The caldera was formed following the eruption of the voluminous Bishop Tuff about 760,000 years ago. Uplift and renewed eruptions then formed a resurgent dome in the center of the caldera. The caldera is thermally active and has been the site of seismic swarms and other unrest for more than a decade.