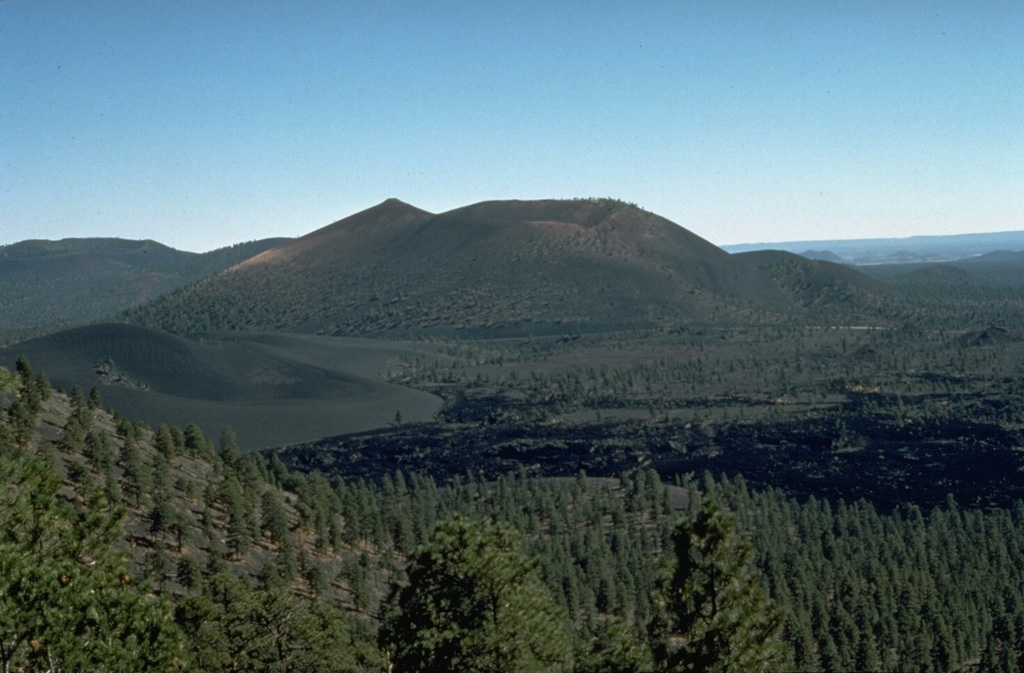 The Bonita lava flow in the foreground of this view from O'Leary Peak, NW of Sunset Crater, was erupted from two or more vents on the western to NW flank of Sunset Crater. The flow contains both scoria-mantled portions erupted concurrently with major explosive activity from Sunset Crater and darker, scoria-free portions erupted during later stages of the eruption. Portions of the scoria-mantled flow were broken away and rafted along during the late-stage lava extrusion. 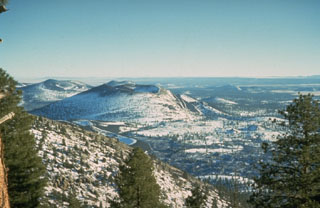