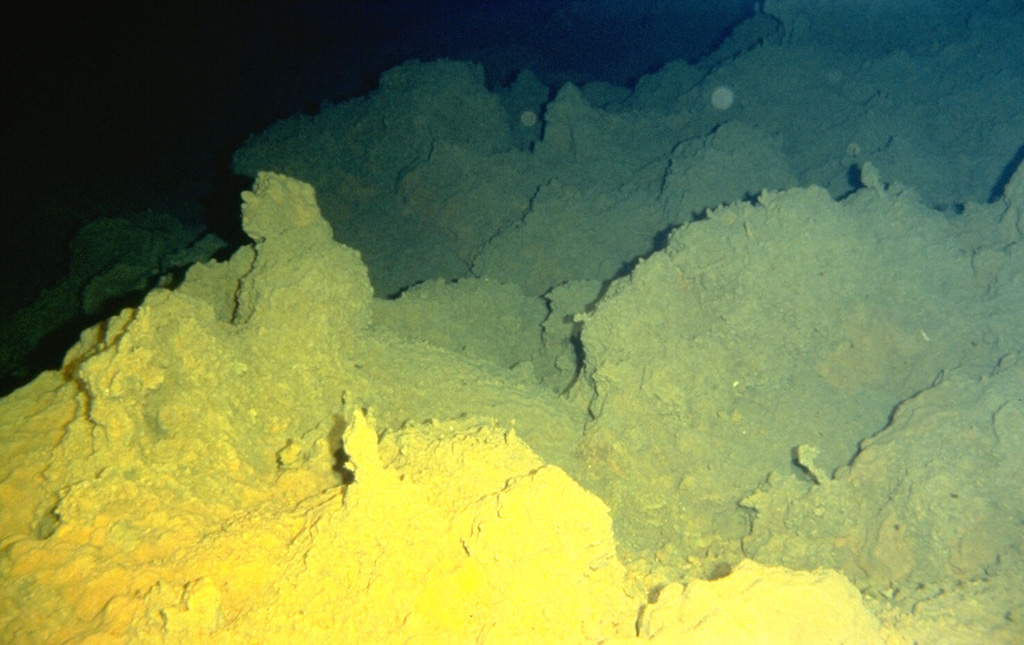 Sulfur deposited from fumarolic vents coats lava flows on Lōʻihi seamount. Lōʻihi, the youngest Hawaiian volcano, rises to within 975 m of the sea surface 35 km off the SE coast of the island of Hawaii. Two rift zones, oriented N-S, give the volcano an elongated form, and prompted its name, which is the Hawaiian word for "long." Fresh, sediment-free lava flows indicate the young age of the submarine volcano, and seismic swarms related to intrusive or eruptive activity have been recorded frequently.

Photo by the Hawaii Undersea Research Laboratory (University of Hawaii).