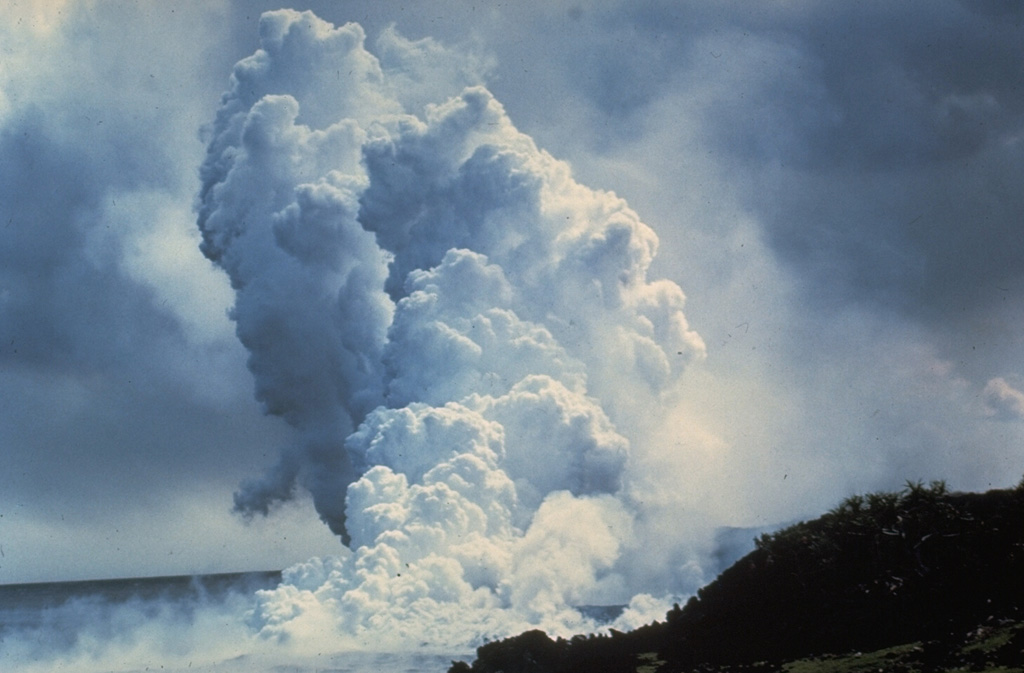 A laze plume (hydrochloric acid, steam, and fine glass particles) rises from a lava flow entering the sea on 28 March 1955. The eruption began on 28 February and formed 24 vents across 15 km on the lower East Rift Zone. Three lava flows reached the sea, and a fourth flow stopped just short of the Puna coast near the eastern tip of the Island of Hawaii. The eruption lasted 88 days, ending on 26 May.