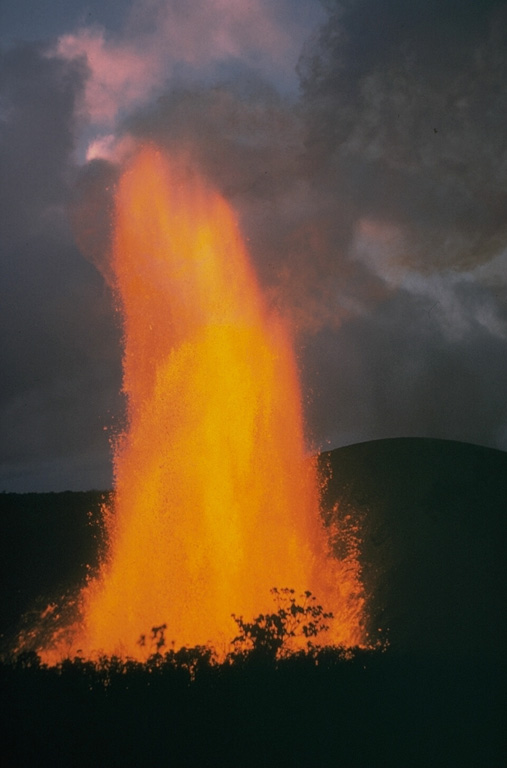 A powerful lava fountain towers above Kilauea Iki on 11 December 1959. Lava fountains reached heights up to 580 m on the 17th, the tallest recorded from any Hawaiian volcano. At times the temperature at the core of the fountain reached 1,200°C, another record in Hawaii for the highest temperature of erupting lavas. Ejecta built a conical scoria cone around the vent.