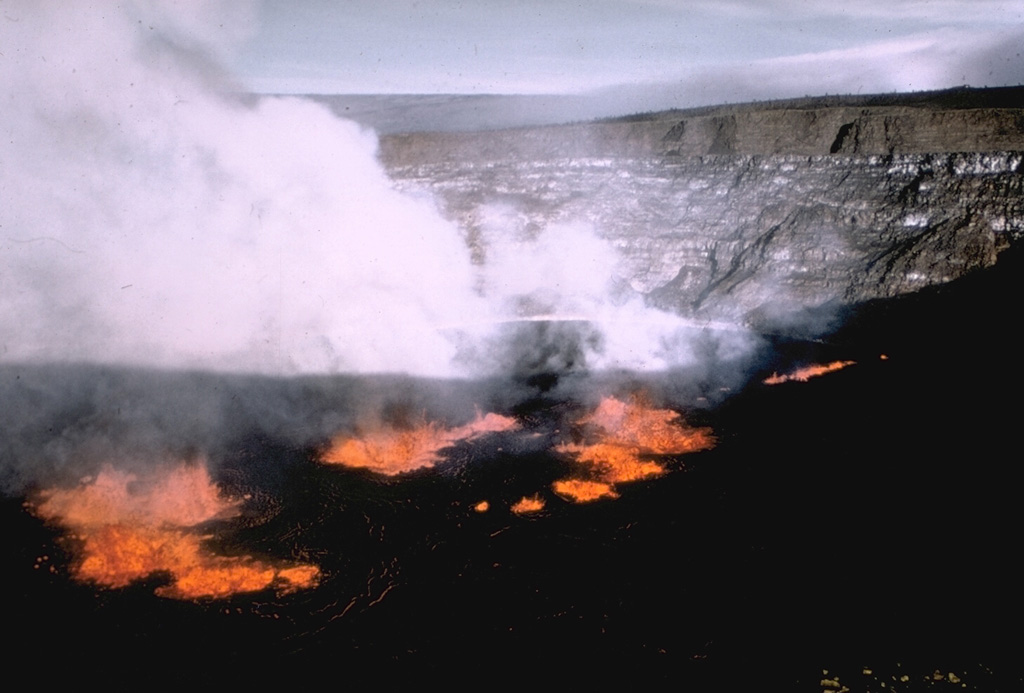 A lava lake formed within Halema‘uma‘u crater on 5 November 1967. In the background of this view from the SE can be seen thin, light-colored lava flows exposed in the crater walls, with the Kilauea caldera wall above it, and the flank of Mauna Loa in the distance. Lava lake activity continued until 13 July 1968.