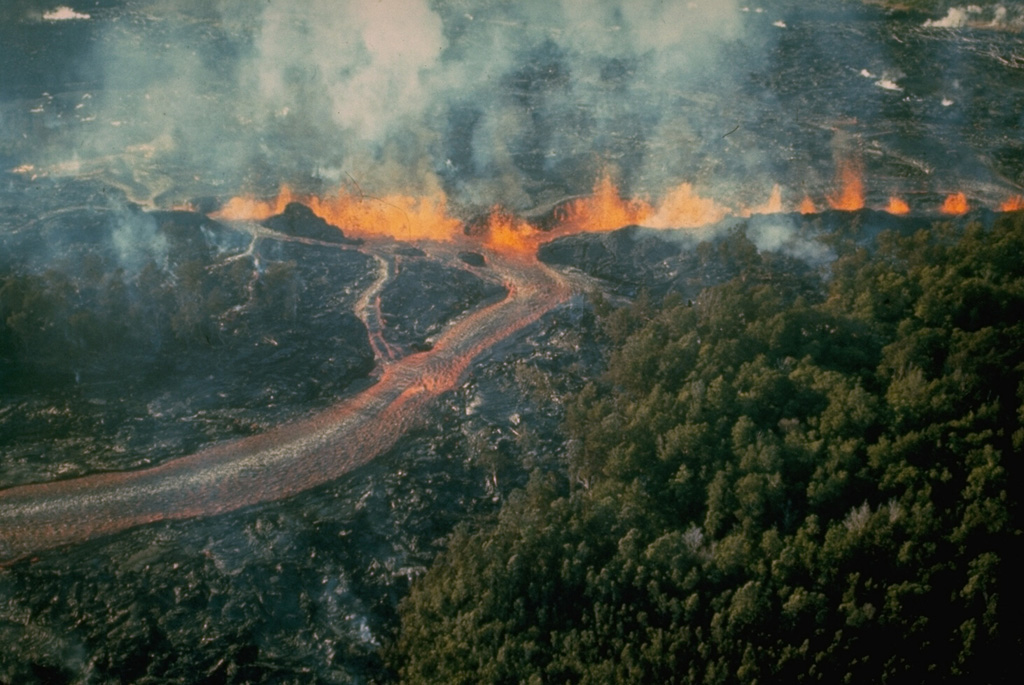 Lava fountains along an October 1968 East Rift Zone fissure produce the lava flow in the foreground. From 7 October a series of fissures extended from the E flank of Kane Nui o Hamo to 3.5 km E of Nāpau Crater. The eruption continued until the 21st, covering much of the March 1965 lava flows and again produced lava cascades into Nāpau Crater.