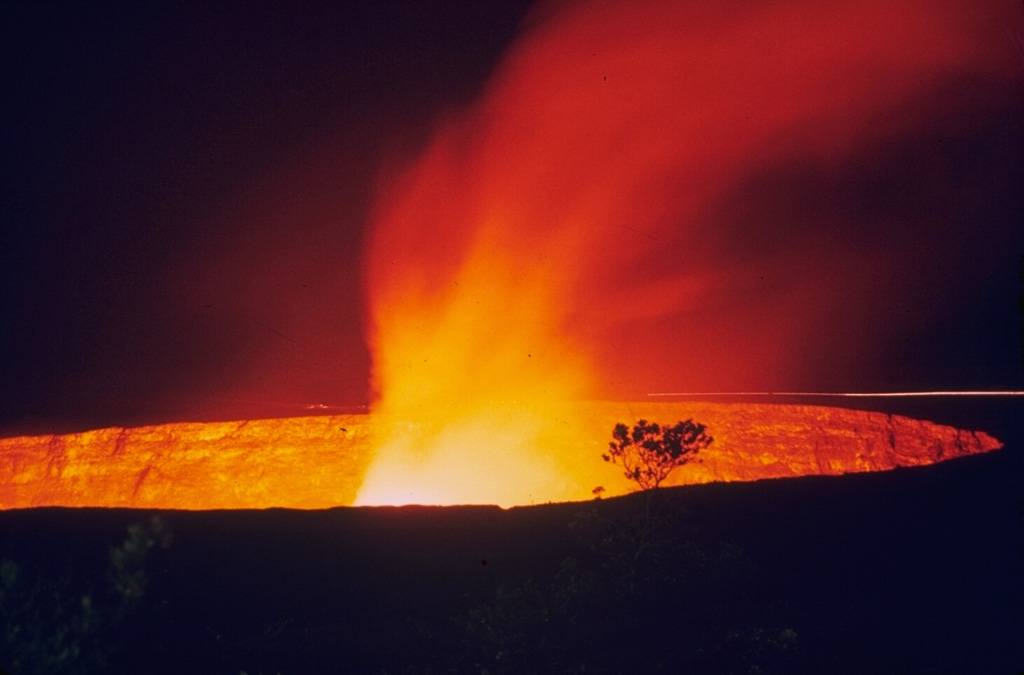 A lava lake within Halema‘uma‘u produces a gas plume on 23 November 1968, shortly after activity began. This period of lava lake activity continued through to July 1968.