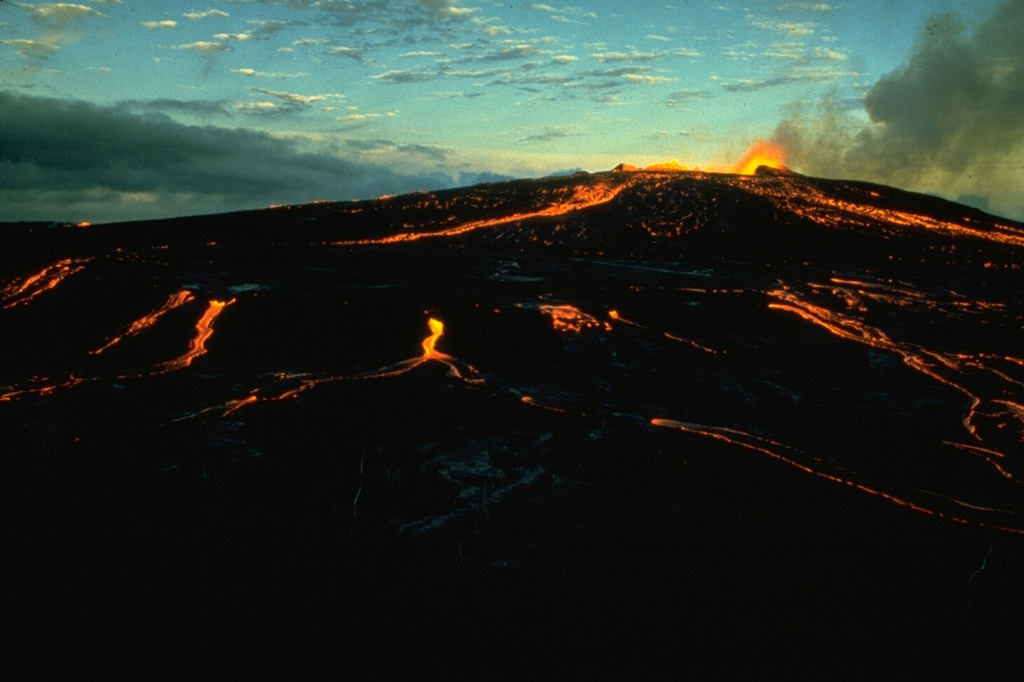 Pahoehoe lava flows on Kīlauea are fed from low lava fountains in June 1974, near the end of the major 1969-74 Mauna Ulu eruption. This final stage of the eruption ended on 22 July 1974 after producing a lava lake, lava fountains up to 80 m high, and lava flows.