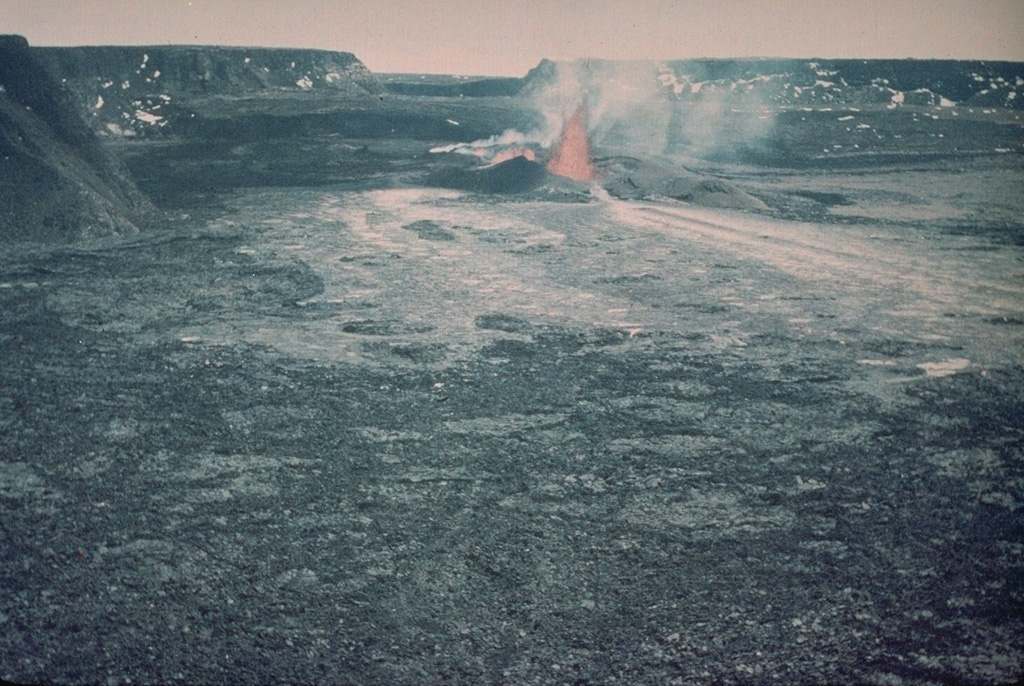 This 12 April 1940 photo shows a lava fountain within the Mauna Loa Moku‘āweoweo caldera from the SE. The eruption began during the night of 7 April from fissures that soon migrated down the SW rift zone. A 6-km-long fissure produced lava flows that covered two-thirds of the caldera floor. The eruption lasted until 18 August.