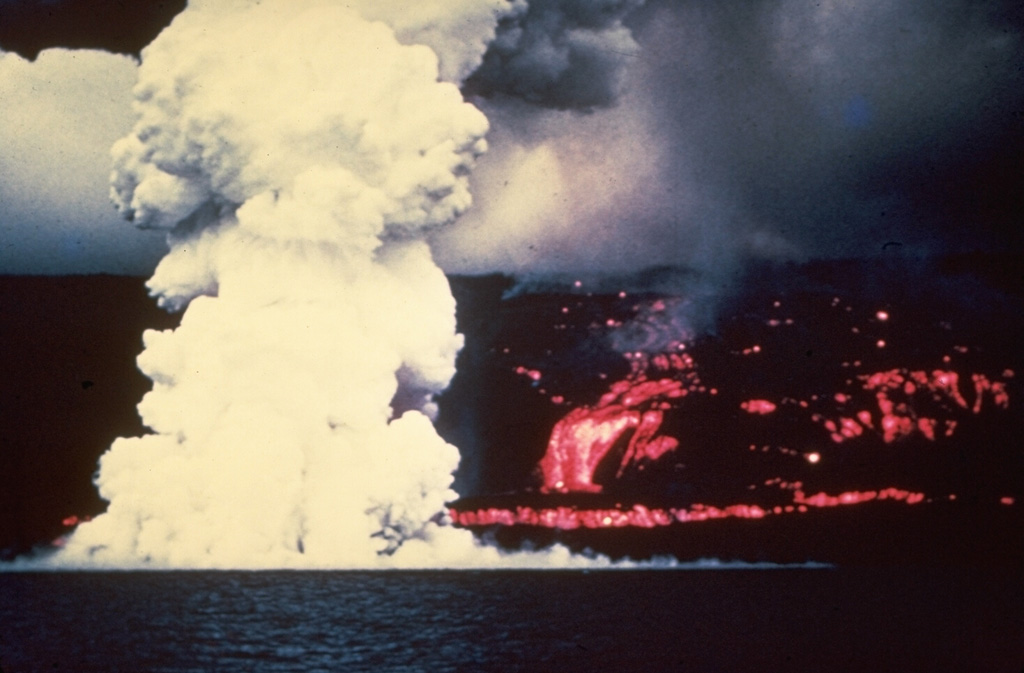 A laze plume (hydrochloric acid, steam, and fine glass particles) rises from the west coast of the Island of Hawai’i on 2 June 1950 where a lava flow from Mauna Loa enters the sea. The Ka’apuna lava flow (right) was the last of three lobes that entered the sea on the second day of an eruption that originated high on the SW rift zone. The lava flow crossed the road encircling the island near Heku Point and destroyed a new restaurant and several buildings. The eruption lasted until 23 June.