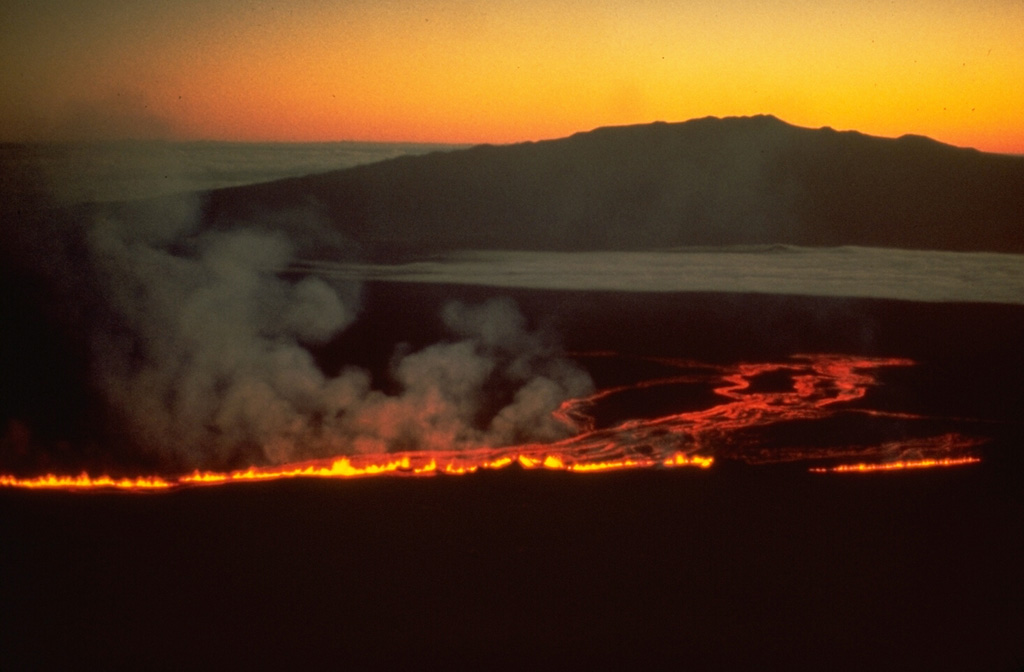 This view from the south on 5 March 1984 shows lava fountains producing a lava flow down the NE flank of Mauna Loa, with Mauna Kea in the background. The eruption began at 0126 at the summit and upper SW rift zone, but the fissure soon extended across the summit caldera and down the NE rift zone. Several hours later a new fissure opened 7 km to the east.