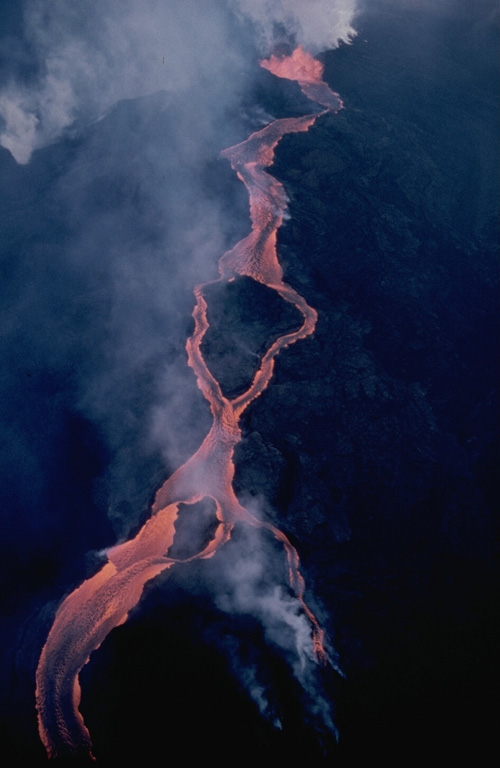 A lava flow from the Mauna Loa NE rift zone travels down the eastern flank on 30 March 1984. The flow developed a braided morphology as it moved around topographic highs. These flows originated from the easternmost vents of the 1984 fissure that opened during the afternoon of 5 March just below Pu'u 'Ula'ula; that remained the only active vent through to the end of the eruption on 15 April.