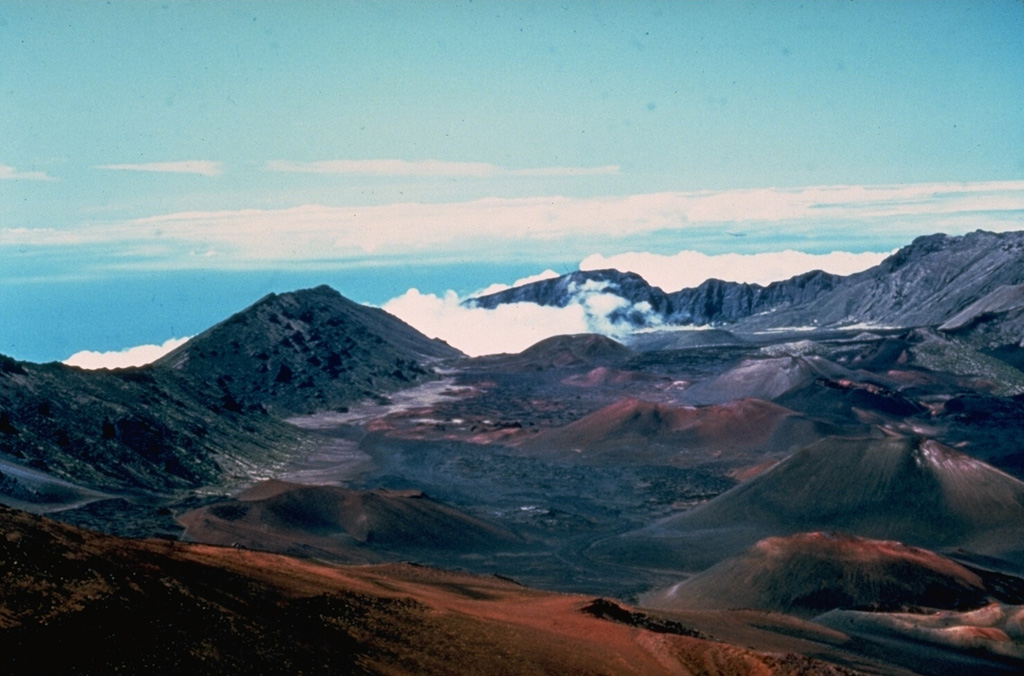 The summit of Haleakalā on the island of Maui contains a large crater that opens towards the ENE. It formed by the erosion of two large valleys that eventually coalesced, along with collapse events. This view to the NE from near the summit shows the Ko’olau Gap in the distance and scoria cones on the crater floor from eruptions along a major rift zone that extends across the summit from the SW to eastern coasts. 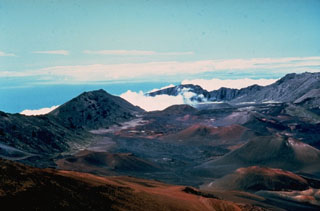