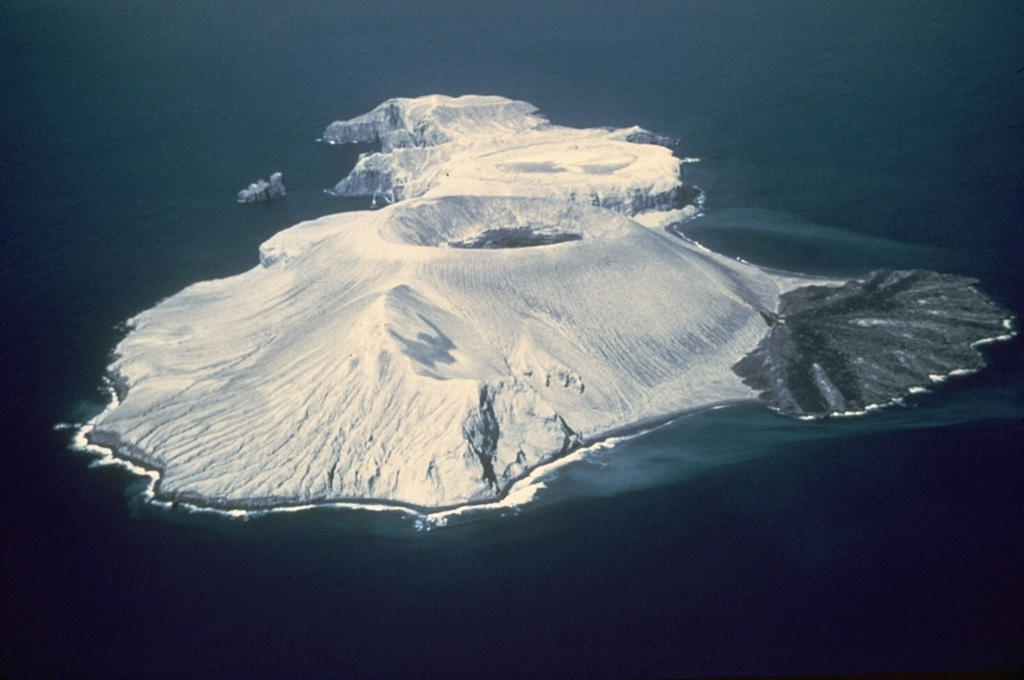 Bárcena volcano forms the elongated island of San Benedicto, seen here from the SW in March 1955. The tuff cone with the circular summit crater at the center and the lava delta to the right were formed during an eruption in 1952-53, the only eruption known from this volcano in historical time. Pleistocene trachytic lava domes are located at the far NE tip of the island. Dark-colored lava domes from the 1952-53 eruption can be seen in the summit crater.