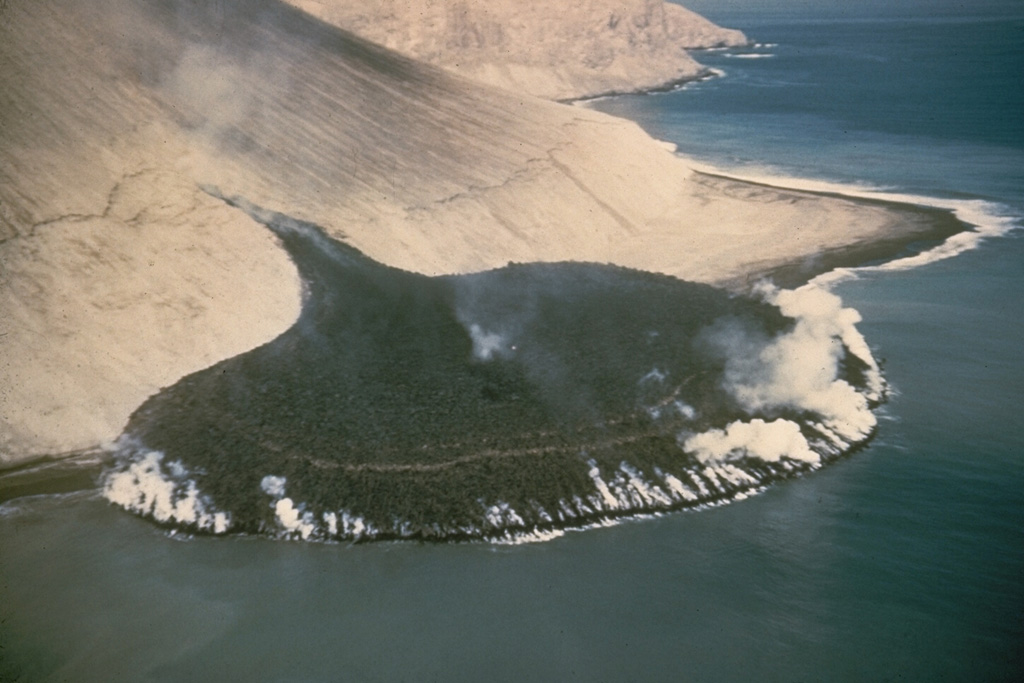 A steaming lava flow issuing from a fissure on the SE flank of Bárcena volcano, in the Revillagigedo Islands west of México, forms a peninsula about 300 m wide that extends about 230 m out to sea. This photo from the SE on 11 December 1952 was taken three days after the beginning of lava extrusion. By the time the eruption ended in February 1953 the lava delta had extended the shoreline by 700 m.