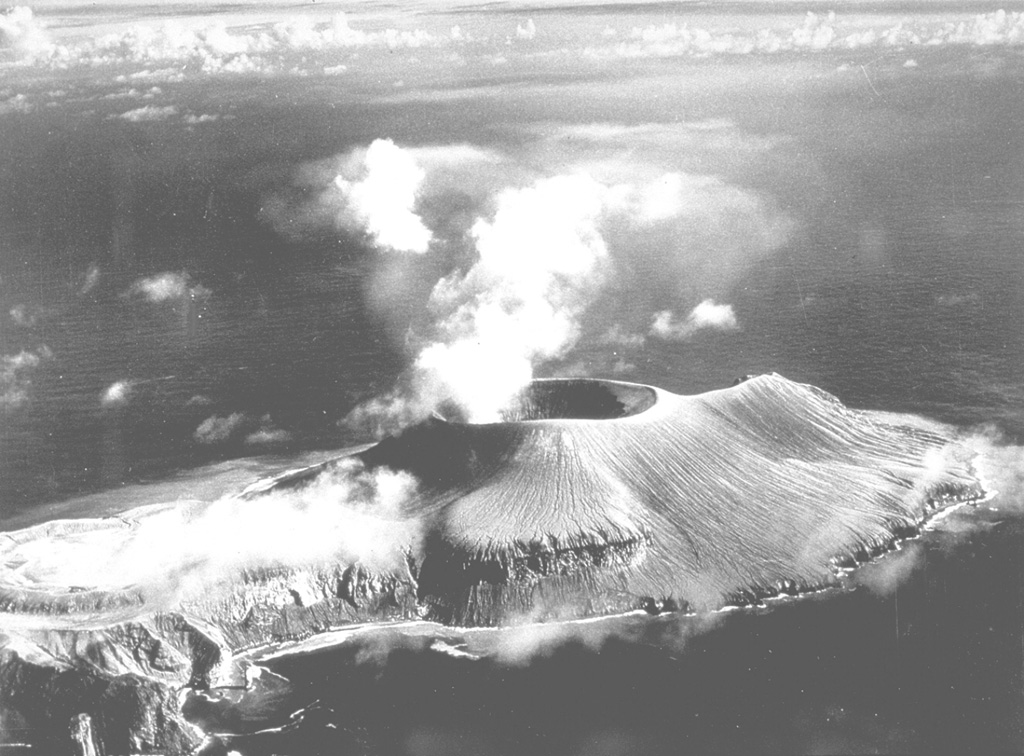 An aerial view from the west shows the new steaming summit crater of Volcán Bárcena. The crater truncates a 700-m-wide tuff cone that had grown to a height of about 380 m in the first two weeks of the eruption. At the time of this September 20, 1952 photo, taken about 7 weeks after the start of the eruption, the first of two lava domes had emerged in the summit crater. Extrusion of a lava flow that formed a delta on the far SE side of the island had not yet begun.