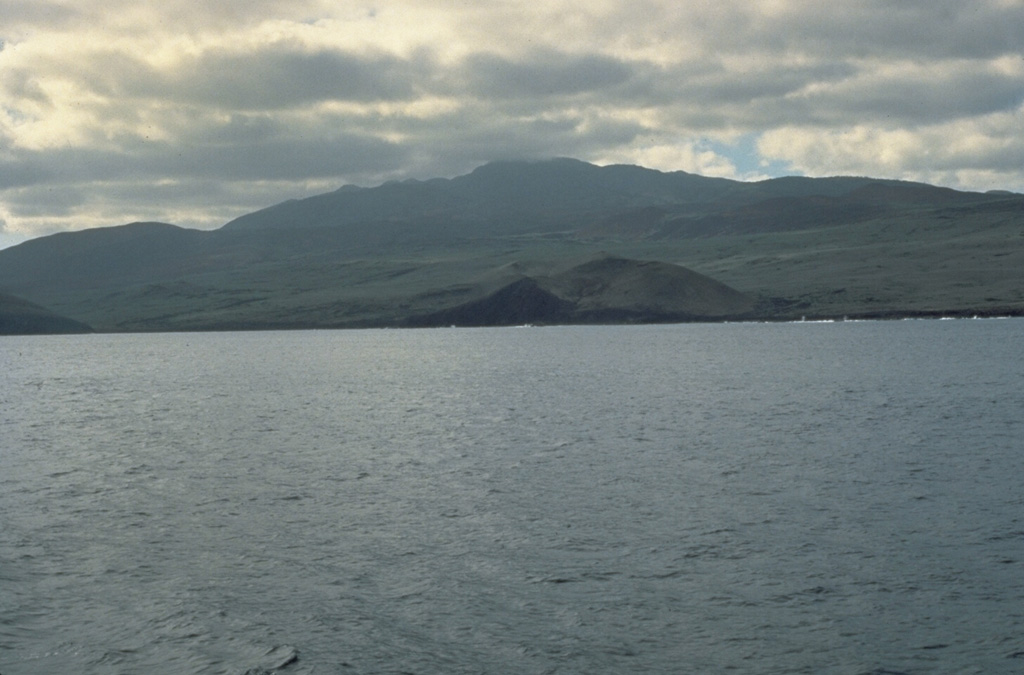 Socorro Island is the summit of a predominantly submarine shield volcano that has a largely buried 4.5-km-wide summit caldera. Cerro Evermann (center) forms the summit and is seen here from the south. Rhyolite lava domes have formed along flank rifts and silicic lava flows have reached the coast. Historical eruptions have been restricted to flank vents, including a submarine vent west of Socorro during 1993-94.